How the IoT is changing the future of retail 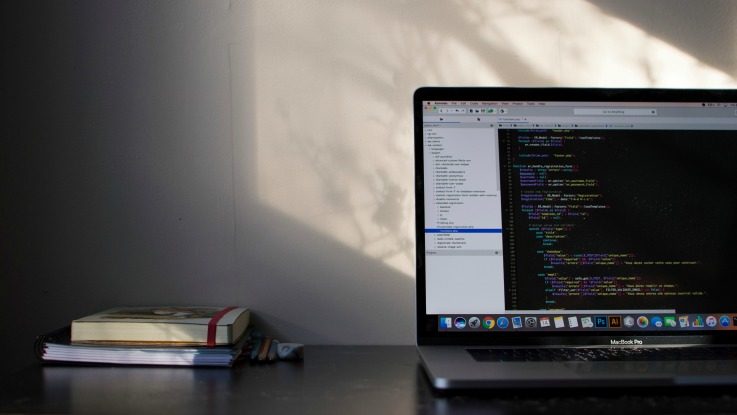 You must have heard the buzz around the Internet of Things (IoT) by now. The idea has actually been around for quite some time, but it’s more recently that it’s come to wider attention.

The problem with new innovations is that it’s often hard to know what’s hype and what’s truly disruptive. We think the IoT falls into the latter category though, and so does global research firm Gartner, which forecasts that “8.4 billion connected things will be in use worldwide in 2017, up 31 percent from 2016, and will reach 20.4 billion by 2020.”

What does this mean for retail though? How is it going to change shopping in the future?

What exactly is the IoT?

The basic idea of the Internet of Things (IoT) is connecting different internet-enabled physical devices, sensors and objects together through the internet. This network of devices can ‘talk’ to each other, as well as to apps and to users, to share information, analyse it and control one another.

This means in theory your internet-capable smart car could talk to your smartphone to know what’s in your calendar app and where you need to be. It could also talk to smart infrastructure to find out where there are traffic jams and adjust the route accordingly. 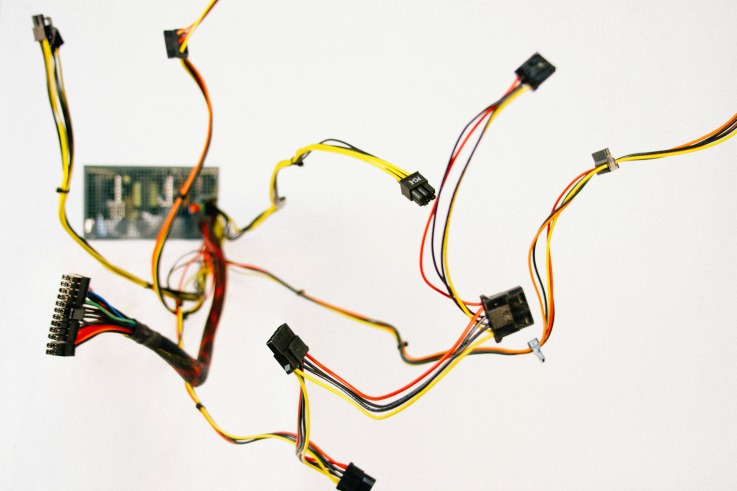 What does the IoT mean for retail?

The IoT opens up a whole host of possibilities for devices and sensors to gather data, relay it to the cloud to be processed and then trigger a response or action in real-time. In that respect, the sky’s the limit when it comes to application, whether its personalising experiences, automating services, optimising processes, simplifying buying and decision-making or using data insights to improve operations.

Customer experience and the journey of buying something are both being changed by the IoT, starting in the home. Amazon has already made great strides in convenient home shopping with its Dash buttons that let customers reorder specific products and brands when running low with just a push. Smart voice-controlled speaker Amazon Echo also makes it easy to buy things, whether that’s products or ordering a cab, simply by saying what you want out loud.

Elsewhere, we’ve got smart fridges with interior cameras that you can access from your smartphone to see exactly what you’ve got in, and what you need to buy at the shops. But there are plenty more developments on the horizon.

For example, what if you could build a sensor into a pair of trainers which can talk to the user’s smartphone or wearable device, not only to track steps but also to let them know when it’s time to buy a new pair? What about food packaging with sensors that can automatically reorder a replacement when thrown away? The ability to connect all sorts of objects to the internet could see a whole new wave of e-commerce emerging, while also providing greater convenience to the customer. 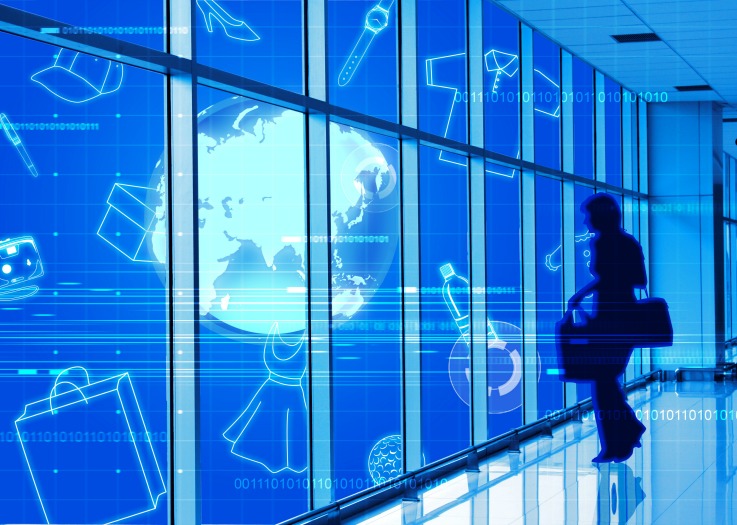 IoT also has implications in-store. Smart shelves are already being used to monitor stock levels and automatically notify staff, or even reorder extra stock, when running low. Digital price tags can also automatically adjust pricing based on demand or other external factors. Macy’s is making use of RFID in-store to tag all products, which speeds up stock checks, as well as enabling the store to identify where any item is at any time.

Imagine as well, if the mannequin in your window display had a sensor that could talk to passerby’s smartphones enabling you to send them a personalised advert or offer. Or the smart digital screen that uses facial recognition to identify the customer and change its display to something tailored to them based on customer data, as being explored by OfferMoments.

What about sensors around the store that can alert you to where customers are at any time? This information could be relayed to staff devices or wearables so they can provide assistance, but it could also help you identify customer journeys and how long they spend in various parts of the store. You could even use this to test the response to new promotions by seeing if certain products increase dwell time.

Sensors could also help you manage that top customer frustration – queue times. By having a sensor at the till you could alert staff to customers waiting to be paid, as well automatically identify when queues are backing up and summon staff to open a new till-point.

Another way the IoT could change things in-store is managing the store environment. Smart fridges could make sure that perishable food is correctly stored, both on the shop floor and out back, and flag up any issues early on. The store could also adjust its environment based on outside conditions, automatically turning on the air con if it gets hot out, or turning up the heating if it’s cold. Plus, the IoT could be used to improve store security, whether that’s providing managers with video footage of anyone entering the store, or tracking which staff have passed through which doors. 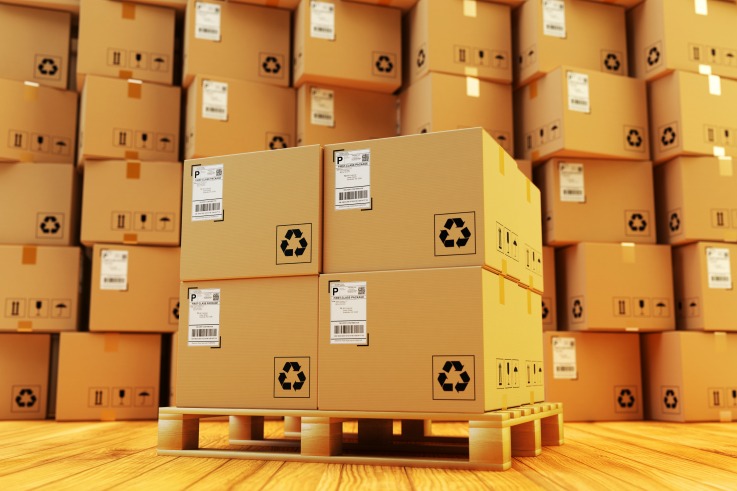 The IoT is also being used behind the scenes to optimise logistics and supply chain management. RFID tracking of shipments has really taken off, but the IoT could go even deeper. Imagine if when shipping temperature-sensitive items like perishable food if you could get a notification to say they were getting too hot and what action should be taken to prevent loss, for example.

Fleet management is another growing area as companies are able to better know where their vehicles are in real-time. This could help them better deploy vehicles to where they’re needed, update expected delivery times and even make suggestions based on external factors like traffic or weather, Data could also be gathered on delivery times via product and vehicle sensors, which can then be analysed for efficiency. And for customers the IoT could mean ever-more accurate automated notifications of delivery times, rather than broad timeslots.

The IoT could also help with the management of warehouses, tracking what deliveries are expected and when, and even potentially automatically reordering products that are running low. Plus, it could also make finding items within the space much faster, improving efficiency and speeding up the sending out of deliveries. 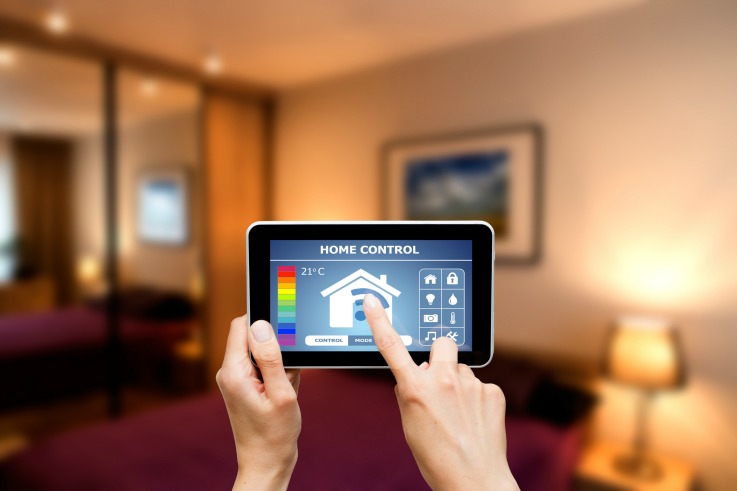 IoT in other sectors

Retail is not the only sector exploring the IoT. Some of the most advanced developments are within the smart home. We’ve already mentioned Amazon’s Echo, but there are a number of other big players in this area including Google who own Nest Labs – the makers of the well-known Nest smart thermostat. This device can be controlled from your smartphone to turn on and off your heating from wherever you are in the world. It can also learn your preferences and automate timings and temperature.

Samsung is another who entered this sector by buying a prominent start-up, in this case SmartThings. By using a SmartThings hub customers can empower their home through all sorts of smart devices (including third-party offerings), from door locks to lightbulbs, which can be controlled from their phone. Samsung is also developing smart appliances, such as fridges and washing machines.

Wearables, such as the FitBit, and connected cars are other developments actually being used by customers today. The amount of data that wearables can make use of, as well as gather, continues to grow from counting steps to tracking emotions over time. Connected cars are enhancing the user experience by learning preferences such as choice of radio station, as well as making decisions on route from information such as traffic reports. The IoT could also help with flagging up potential mechanical problems before something happens, or sensors in parts could automatically identify when they need replacing and book an appointment with the garage.

On a wider scale the IoT is being used to create whole smart cities, whether that’s bins that talk to waste companies when full, or traffic lights that adjust their pattern based on traffic flow. It is also helping improve parking and track pollution levels, among other things. We could one day see new buildings or structures like bridges built with sensors embedded inside which could then share information with authorities and flag up possible issues or maintenance needs early on. 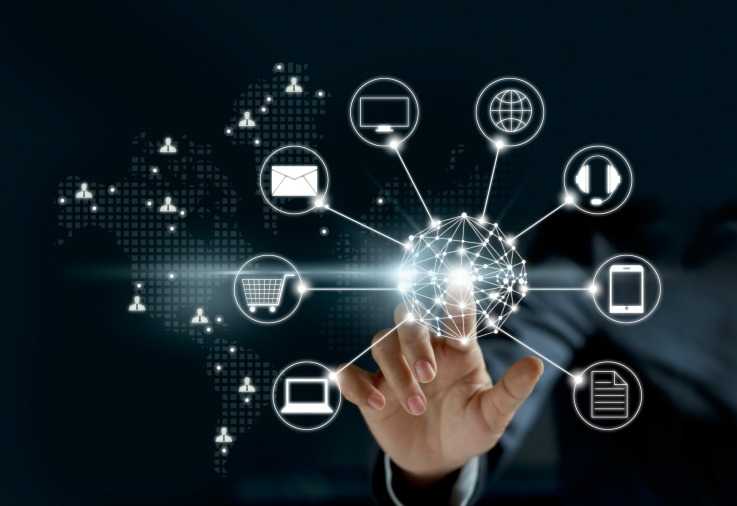 The rise of the IoT is in part down to wider trends in the market, such as the huge growth in accessibility of smartphones and high-speed internet, as well as the decreasing cost of these products, sensors and cloud computing tech. If sensors are small enough and cheap enough, or if you can build in the ability to connect to the internet, then potentially you can enable anything to become ‘smart’.

There are some issues to be ironed out though. As a new area of development there is a lack of standardisation, and sometimes compatibility, between the way devices connect and communicate. Some use familiar technologies like Wi-Fi, Bluetooth, NFC and RFID, but some use lesser known standards like ZigBee.

This is something that would need to be reduced in order for customers to easily be able to link their different devices together. Or for business clients to create networks that serve their needs. If it’s too complicated or expensive to connect the different components, or too restrictive in terms of what products you can use together, then that presents a major barrier.

There are also concerns about privacy and security. If devices are collecting data about customers who owns that information? Who can access it? How secure are devices? Could someone gain access to your home by hacking into your internet-enabled locking system? Or steal information on your customers? These are issues that developers are looking at closely if the IoT is to become a staple in everyone’s homes and businesses. 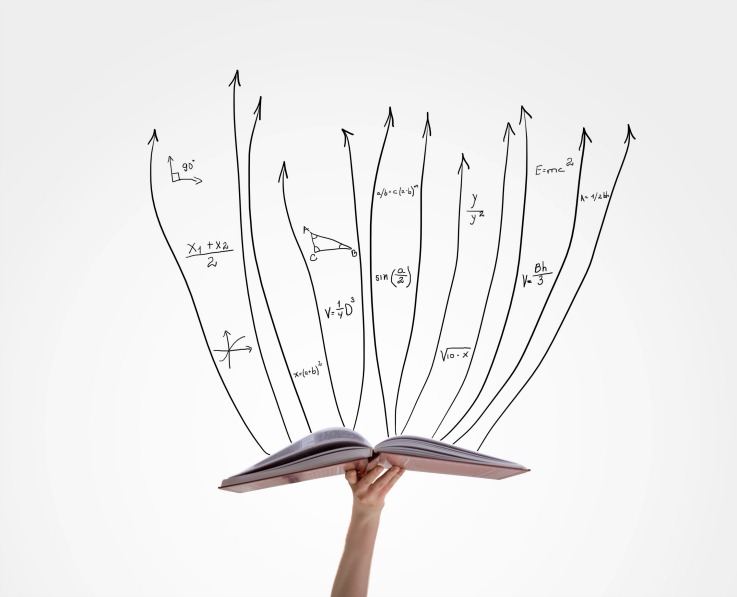 The future with the IoT

As you can see the IoT has the potential to impact all parts of the buying process, and even our lives. What’s more IoT devices are always learning from how users interact with them, which means they’re just going to keep getting smarter and that’s exciting.

There’s also a fantastic opportunity in being able to pool data from objects that never before would have interacted – your smart fridge could find out from your smart car that you stopped off at a fast-food restaurant and suggest a recipe for doing a version at home, and even buy the ingredients if wanted. All of the data gathered through the IoT can be leveraged to provide greater efficiency and experiences.

However, it’s important not to get carried away making ‘dumb’ objects ‘smart’ for the sake of it. If it’s not providing a solution to a problem, or a more convenient, efficient or enjoyable way of doing things, then it’s probably not worth doing. The more the public can see the benefits of the IoT the greater the uptake will be.

Gartner believes that “more than half of major new business processes and systems will incorporate some element of the Internet of Things (IoT) by 2020,” so it seems it won’t be that long before it’s a familiar part of our daily lives – is your retail business ready?

Check out our guide to another major new tech innovation – chatbots. If you want more content like this, or to keep up with the latest retail trends, click here to join our community.