These 2 tech companies could change the online shopping game – are retailers ready? 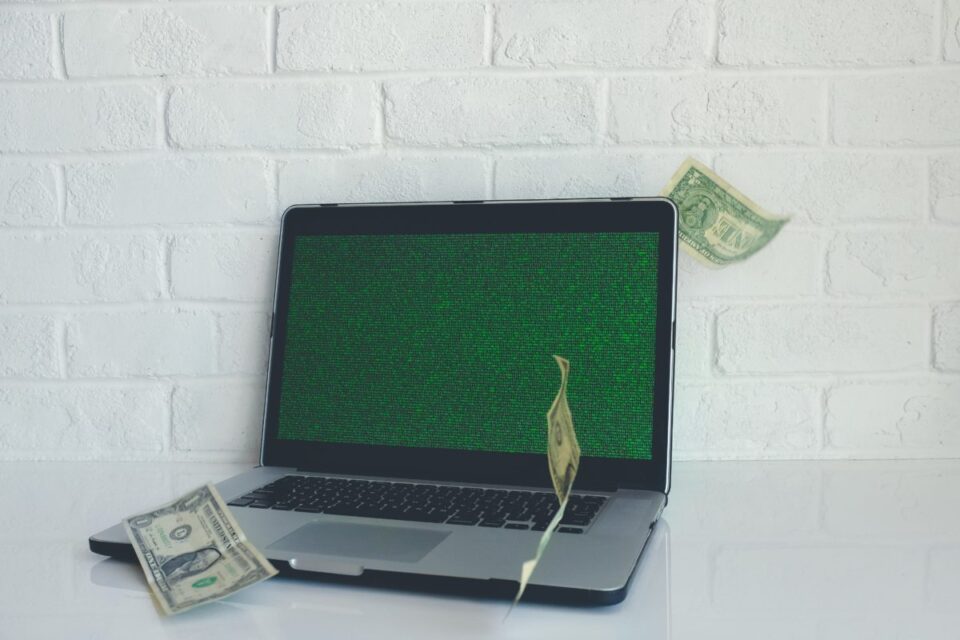 There’s a pattern to disruption in the retail industry.

It usually comes from outside the business rather than within.

That’s not to say that retailers don’t come up with bright new tech ideas.

It’s just that the ideas that throw a spotlight on some part of the industry and expose its flaws tend to come from elsewhere. Many retail tech start-ups are born because of personal frustrations and the ability to see a better way of doing things.

Even Amazon wasn’t created by someone in the retail industry.

The result is that retailers are often on the backfoot when it comes to changing the way we shop.

Sure, not every tech start-up has an idea that resonates. Here are two that we think could change the online shopping game in significant ways – what do they mean for your retail business? 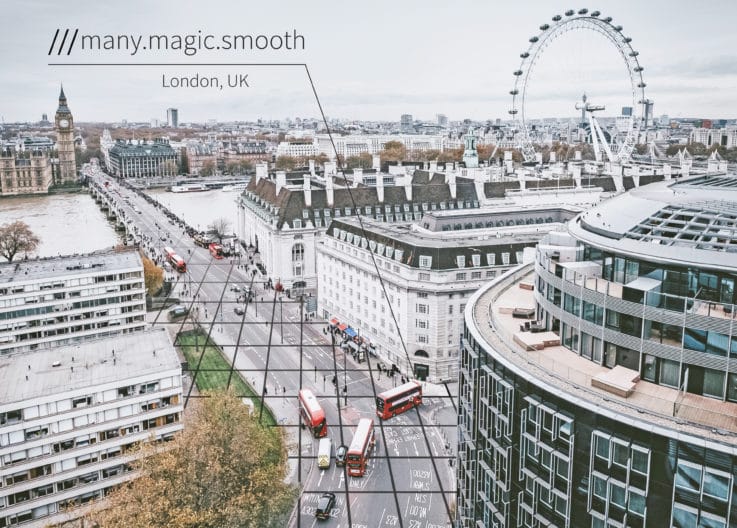 what3words – the future of delivery?

The destination part of delivery is pretty simple right?

We have well established postal systems based on a system of addresses and postcodes that we can use to share our location and ensure our online purchases end up in our hands.

With the address system so deeply engrained you’d think there wouldn’t be much room to change it.

Launched in 2013, what3words has divided the world up into three metre squares and given each square a unique address made up of three words. The words assigned to each square are fixed so it’s easy to find or share a precise location down to a matter of metres.

The fact is that the existing address system isn’t foolproof. It’s not always clear exactly the building it’s referring to is or where the entrance is. Things also get more complicated when we are in locations that have an address but no building such as a park, or somewhere where the address may apply to a large area such as a beach.

What3words solves these issues. While it says it doesn’t aim to replace street addresses, in terms of scale and accuracy its approach is clearly far superior. It’s now widely championed by emergency services as a way of quickly sharing and finding emergency situations.

It’s also now making an impact on ecommerce logistics. Delivery firm Hermes has recently announced that it has partnered with what3words so its packages can be directed to a specific three metre square.

What3words is also working directly with a huge number of independent retailers and food companies to improve their delivery services. The company states that using its three-word system for finding locations results in 42% faster last-mile deliveries.

As online shopping continues to grow, speed and accuracy becomes more important when it comes to deliveries. There are more packages to deliver. Customers want their purchases faster. To marry these things, couriers need to be able to quickly find the right location so they can deliver more in the same time.

What3words also opens up more of the world to ecommerce. When you can easily share your exact location outdoors such as in a park or at the beach, what’s to stop you from getting online purchases delivered to where you are?

It could even be used to direct deliveries to your car by sharing the address of the square you’re parked in. Retailers could even use it within their own car parks to offer curbside collection at all spaces.

It could even allow delivery locations to be changed on the fly in the future by letting customer update delivery drivers on where they are at that specific moment. This could free up customers from being tied to delivery slots that can span a whole day.

We can see what3words becoming the standard for finding and sharing locations. As such, we encourage all retailers to think about what this means for their business. Could you use it to expand where you deliver to? Is there a way to integrate it into your operations? Could you use it to provide more accurate store location information for click and collect customers?

Could you work with what3words to divide your warehouse or store interior into squares as well to aid navigation and stock visibility? This could again speed up your ecommerce offering by making it quicker to locate specific products for dispatch. 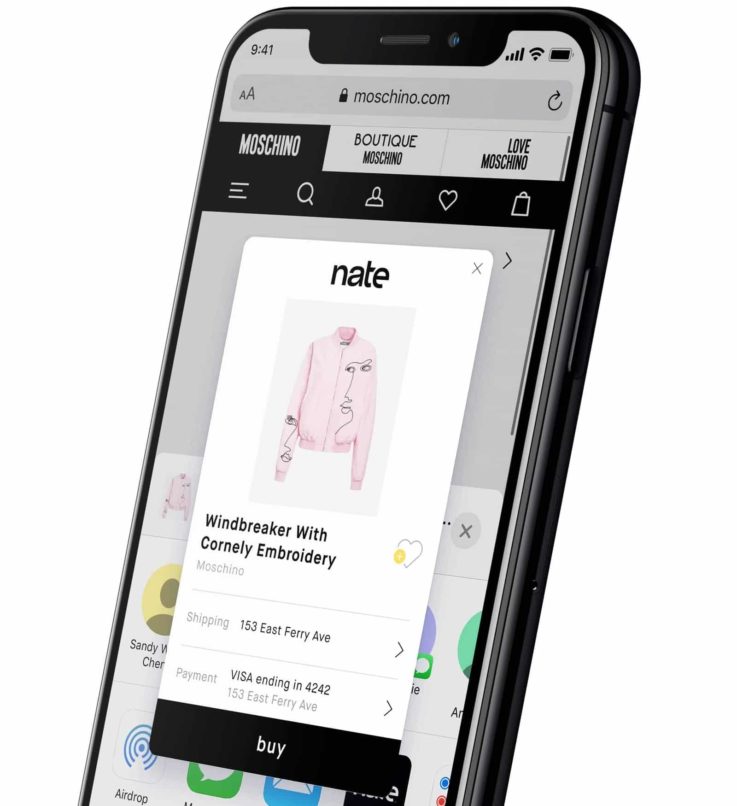 nate – the future of online checkouts?

Whether buying in-store or online there’s always a checkout process.

Depending on the retailer set-up this can be relatively quick – especially if you’ve already set up an account and saved your details – or more drawn-out if you have to set up an account or find your card details. Even as an existing customer logging in adds to the time taken to checkout.

And even the fastest online checkout set-ups still incorporate a certain number of steps – starting with adding the item to your basket.

Nate wants to eliminate this friction. At least in terms of the customer having to do it all.

Founded in 2018, nate is a digital assistant that automatically completes online transactions. Essentially it buys for the customer by using deep learning to navigate websites as a human might including clicking and filling out forms.

When customers come across something they want to buy online, they simply share that item with nate. They tap a single button to buy and nate completes the transaction on their behalf using saved payment and delivery information.

What’s more is that it can even tie up purchases to customer accounts that a shopper might have with a retailer so they can still earn loyalty rewards.

The shopper never has to even see the checkout pages. That whole part of the retailer’s website is now redundant for them.

This is going to impact retailers in a number of ways. For one, nate notes that privacy is one of its big concerns with data staying with customers. As such, the app doesn’t use actual credit card details at checkout but issues virtual cards.

This all means that retailers may end up losing access to a lot of the customer data that would typically be tracked through purchases.

The other thing is that nate has been designed partly in pushback against the algorithms that are woven into digital retailing. It thinks inspiration should come from other humans rather than what an algorithm thinks you should be buying.

As such, the app also enables customers to create wish lists of items they want to buy. These lists can be shared with other people who may also want to buy what’s on them. They can even be used for gifting by letting customers buy a friend something from their wish list.

It’s early days for nate but it’s not hard to see the appeal for customers. No-one enjoys the checkout experience. Digital retailers have worked hard to try and make it more friction-free by reducing it to as few clicks as possible. But nothing is as friction-free as not having to take the time to go through it.

And you can argue that digital retailers don’t want to do away with the checkout process entirely. It’s here that add-on sales can be made whether that’s enticing customers to buy more to get free gifts or shipping or checking if they need extras like batteries.

Again, it’s worth thinking about what it would mean for your business if your customers switched to using nate. How would you need to rework your online store to counter the loss of last-minute additions at the checkout? What customer data might you lose?

On the flipside, could you work with nate to offer your customers a better shopping experience? There are certainly potential benefits to a system that literally completes a purchase in a click – not least because it prevents customers from reconsidering at the checkout.

Could you see these two tech companies impacting your business? Would it be in a positive way or a negative one? Could they shift your business in a new direction entirely?

With both what3words and nate, their impact isn’t limited to their specific functions right now. After all it’s often the case that it’s not the technology itself that causes changes but the application of it.

That’s why it’s important to be aware of these potentially highly disruptive technologies and to think about what they could do to your business. Because we can guarantee if you don’t a competitor will and they might just change the game.

…about how we can help your retail business identify its big new opportunities.