Clas Dyrholm of Realfiction is captivating customers through holographic storytelling

Working to an ethos of ‘Magic Matters’, there aren’t many companies who compare with Realfiction when it comes to telling a story. Using knowledge of digital media and special effects, Realfiction use 3D Holographic Displays to highlight a creative story and make a product remarkable. We talked to Co-Founder and CEO Clas Dyrholm to find out more. 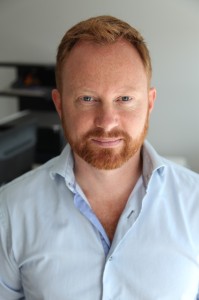 Tell me about Realfiction, and what you do.

There’s lots of talk on the need for experiences in retail, and a lot of talk about storytelling. The technology we offer is so eye-catching that people will actually stop and spend time looking at these stories. You could say that our technology offers an opportunity to tell a very appealing visual story. By giving consumers an experience which they would normally not see, people say: “What is that? That’s not what we normally see.”

It’s about creating interesting, small experiences that contain storytelling that people will both remember, and be willing to share. Whatever we do in retail should be interesting enough for people to actually want to share digitally, thereby creating that omnichannel experience. Being cool enough and different enough to share online encourages others to actually step in to the real retail world, which then concludes that cycle. These holographic displays can certainly play a big part in that circle.

Are you building sharing into your systems?

We build sharing into the interfaces. I don’t remember if you actually tried our interface but you can share the experience on Twitter, Instagram or through your Facebook account. You can also email it. We are of course expanding these possibilities even more. The best way to share it would be in a way, sharing yourself. A way where you are linked to the actual hologram. Imagine if you could have your photo taken next to a celebrity, which is a hologram, in store. You stand next to the person and it seems like you’re both there, but then you see the holographic glow about the person. The story is that you connected with a hologram inside a store. That could be just one way to do it. That side is still developing. We’re working on that.

To do that, would the customer need to walk into a big version of one of your units? Is that how the picture would be taken?

We’re working on a new technology that will allow people to stand next to the hologram, without having to step into any kind of enclosure. Today we have a structure which is a pyramid with different amounts of sights, but the new technology does not have such an enclosure. We’re aiming for a big public launch by the beginning of next year.

And could this new unit display holograms the size of a car, or is that too big?

We could create a building or a couple of buildings. You could look through a window and see building grounds, and the buildings being built in front of your eyes to the final result.

It comes with a lot of opportunities. As you know, a lot of companies are working with glass technologies and wearables, like HoloLens and Magic Leap. They’re different from the virtual reality glasses that we see coming out this year from the likes of Oculus Rift and Samsung though. Theirs is a completely immersed experience, where you are dropped into a virtual world.

Now what we’re doing here is like that, but without having to wear glasses, which enables you to create instant experiences for people just passing by. This means a group of people or even a lot of people can experience the same thing at the same time without having to put on any gear of any kind. You mentioned that you were in a car shop which can hold a certain number of models or colours, but the range is of course huge in terms of combinations. At one particular spot in the shop, you could have this window where you allow people to customise and choose their own model and car in real size, in front of them. They could change the colour, they could change everything from the car models down to the rims and to the extras and all that. Once they are satisfied, they could step behind the window and stand next to the car. They could have their photo taken with that car and share it with their friends.

Fast forward 5 or 10 years. Can you imagine people having these systems in their homes?

Yes, certainly. We are working within that field. It would have to start with entertainment in order to get inside people’s homes. We would have to create a solution which is highly entertaining, with gaming and learning experiences and stuff like that. But then it would also enable you to visualise everything from a new kitchen to the colour of the carpet in your living room. We see a lot of possibilities there.

When do you think this is going to start moving into people’s homes?

That’s a difficult question to answer. Given the right partners and resources, we could go there pretty fast. There’s no real technical barrier hindering us doing it within the next couple of years.

Come 2020, do you have a vision for your technology?

We certainly see it continuing. With new technology coming we’ll have a lot of opportunities to explore, but we will never stop challenging the technology and the way it’s used because we are very much about creative approaches to technology. We come out of the film industry, so we’ve been used to telling visual stories. Our drive is to tell those stories in a complete and surprisingly new format.

Can you think of any brands who are telling stories particularly well whilst using your tech?

I will name two. One is a simple but extremely effective story with technology brand Altec Lansing. One of their products is a small Bluetooth speaker. It is waterproof, roughed and can even withstand extreme heat. The story is there in front of you. You have a small product, but the difference is that this one can take fire and water.


What our partner PM Screen did was put that speaker inside one of our displays. Create a fire burning over it and then have water splashing on it to extinguish the fire and still have it playing in a visual, iconic way. With buttons you allow clients to actually test it, and to hear the amazing range of the sound in that small speaker. You have that combination of having a display that really stops you and clearly communicates a small, simple but extremely visually engaging story about the product. It created a huge success for them, which they’re still riding on.

The other example I will mention is with Martell. They wanted to test the possibilities of our display for their anniversary. They chose three different airports in Asia and in each airport they put up a point of sales stand with a person standing there and approaching people. That was identical in all three airports. Then in one of those three airports they added a Dreamoc display, one of our holographic displays. The storytelling was implemented through the bottle. They told the whole story of the company inside and around that bottle. Imagine animation that flows both within the bottle but also around it. Telling everything about how the company started, how the success grew and what was important for the brand. As you’re looking at that story, you are not only looking at the product but also being educated about the whole brand value. 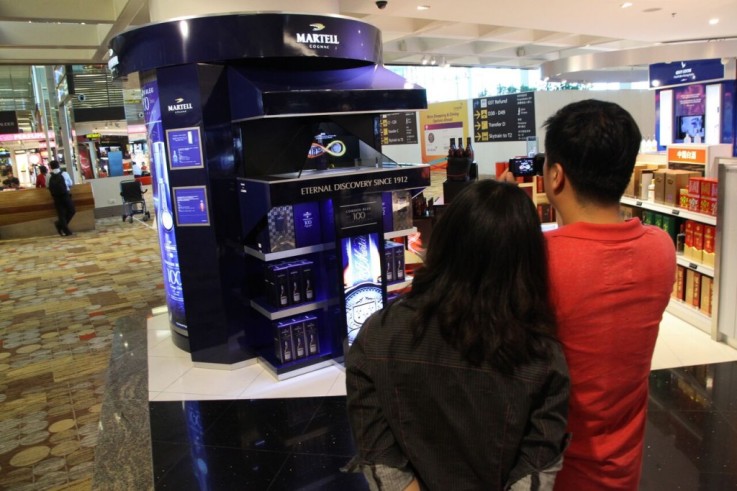 The three airports had this campaign running for two months. In those two airports without the display, they still had products in stock after two months. But in the one airport with the Dreamoc, they sold out in three weeks. The only difference being that display.

Do you think your technology is something that at some point in the future is going to be seen in the majority of stores, or do you think it’s more for exclusive storytelling flagship stores in capital cities?

It’s simply a matter of the first movers and the first adopters being the first runners that need to reinforce their brand. Once they’ve used it, the technology proves its worth again and again. Then, we’re slowly adopted into the more general mass market. I would call it evolution.

But it’s not going to be the same visual solution everywhere. You’re not going to have the exact same product shown in Louis Vuitton as in your grocery store, but it’s still effective. That small experience of seeing the product tell its own story is so effective because people smile. That’s why we also have the slogan ‘magic matters’. We do think it matters to add that magical experience. Even though it’s small, even though the storytelling might be simple sometimes.

In terms of other technologies that you find really interesting at the moment, is there anything that you just think is amazing?

I’m going to say Magic Leap again. Magic Leap is hugely inspiring for us. It’s a US based company that’s still to publicly announce what it is they are working on. But the patents and debates clearly document what they are doing, and that is transparent augmented reality goggles. The technology they’re using is so much different from HoloLens and the previous Google Glasses. Magic Leap are working on creating what’s called a full vision of view, where they actually cover your complete view with digital information as well.

If you can create immersive images like that in the real world then I’m not thinking commercial, I’m not thinking advertising, I’m thinking something completely different. There’s so many cases that could come into play. Everything from entertainment to infotainment, to education.

Want to quickly and easily connect with the players kick-starting trends and inventing the future of retail? Find out how you can transform your team’s thinking using Insider Trends’ little black book here