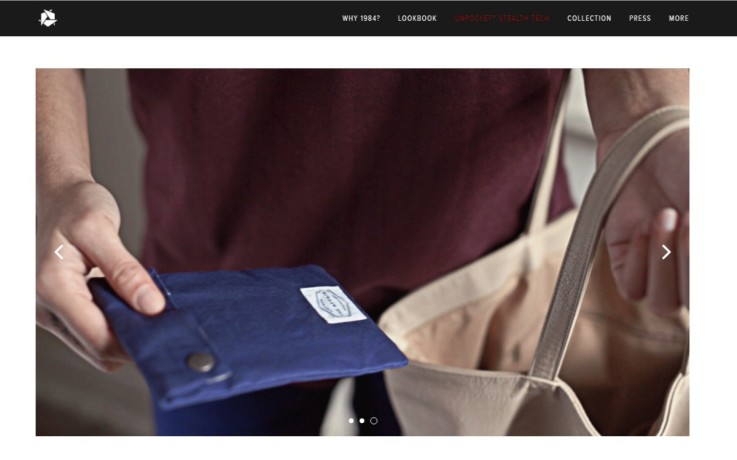 Big data. Analytics. Connectivity. These have become day-to-day terms for many industries, retail included. But while companies have put all this focus on data, woven it into the heart of their business models, pinned their hopes on it, how many have thought about what would happen if they didn’t have access to it?

‘1984’ by London-based menswear brand The Affair is a clothing line designed to block all Wi-Fi, GPS, RFID and mobile signals. The range is centred around the UnPocket – a pocket made of police-grade signal shielding fabrics. The moment mobile phones or contactless cards are placed in an UnPocket they become untrackable. One UnPocket comes with the jackets and trousers in the range. It can also be bought separately. 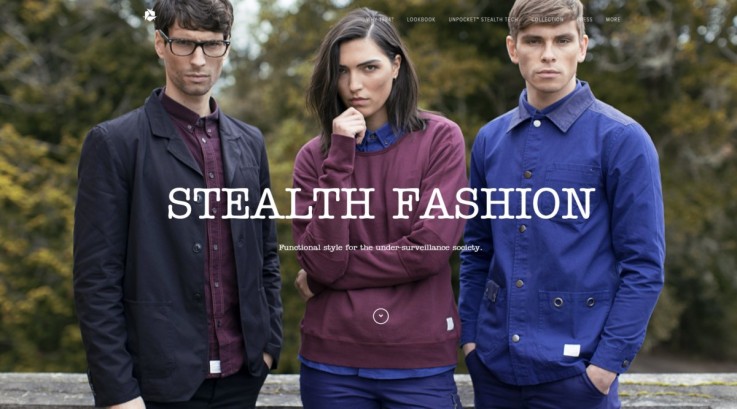 It sounds like something out of George Orwell’s ‘1984’, which of course is the inspiration behind the development. The idea is to give the wearer security and privacy over their data. One use case is to stop the skimming of information from RFID enabled cards, which could be used for identity fraud.

When first conceived in late 2014 the project raised over £47,000 on Kickstarter. The appeal is still niche, with it hard to imagine it achieving mass penetration at present. But it does raise some interesting questions about the future. Like many industries, retail has become data focused. From payments through contactless cards and smartphones, to company apps and beacons that track customers round the store, retailers are gathering and using masses of data every day on shoppers. 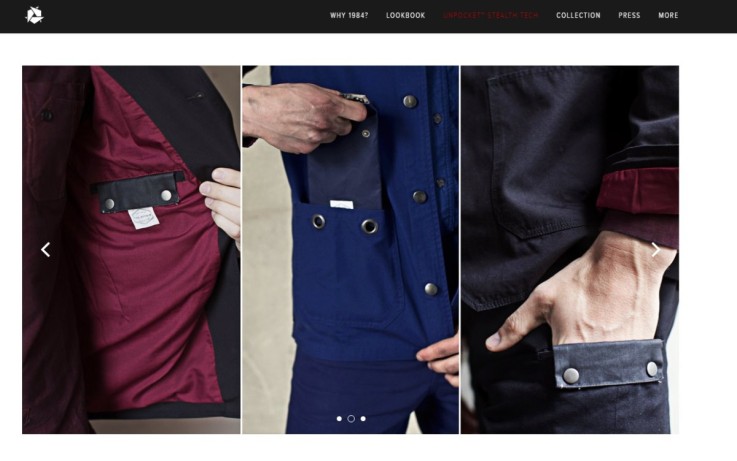 Only now there’s a way for customers to stop it. And you have to wonder if retailers ever considered the possibility that consumers might find a way to, and want to, shield their data from them. How many strategies would come undone if everyone bought a jacket or pair of trousers or bag that used UnPocket fabric?

We talk a lot about engaging with customers and getting to know them to deliver personalised shopping experiences. But how much harder would that be if these rich sources of information were cut off? The rise of digital and new technologies has dominated investments for some time. We see the future as this connected thing. But perhaps not for that much longer. 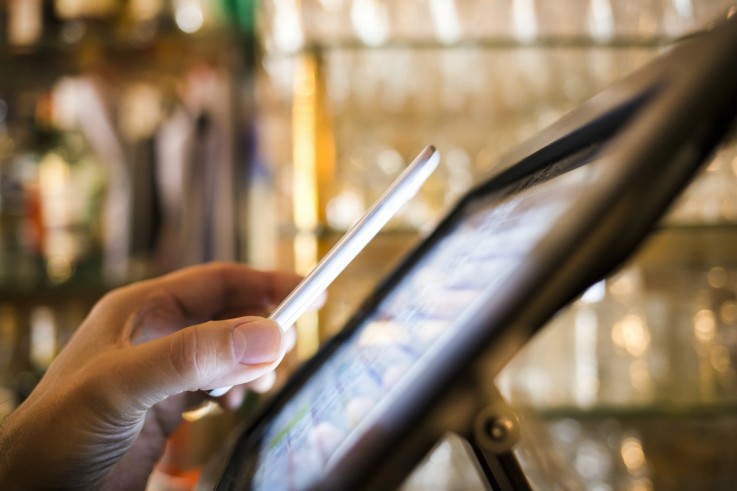 The impact on retail

So where does this leave retailers? As noted, this is unlikely to be a concept that appeals to the masses right now. For example, most people like to put their phone in their pocket and know they will receive calls and messages if they come in. Huge numbers of people use their smartphones and location functionality to navigate. But privacy and data security are two major concerns that keep on growing with each new development. And with the rise in contactless and mobile payments the threat of information theft, and the steps taken to avoid it, could increase.

Likewise, just because the UnPocket hasn’t become a must have yet, doesn’t mean retailers can just dismiss the idea outright. If customers can take real control of the spread of their data, then that puts them in a more powerful position. But that doesn’t mean they’ll necessarily want to shut retailers out. It just means customers will have to trust them if they’re going to allow them access to their information. 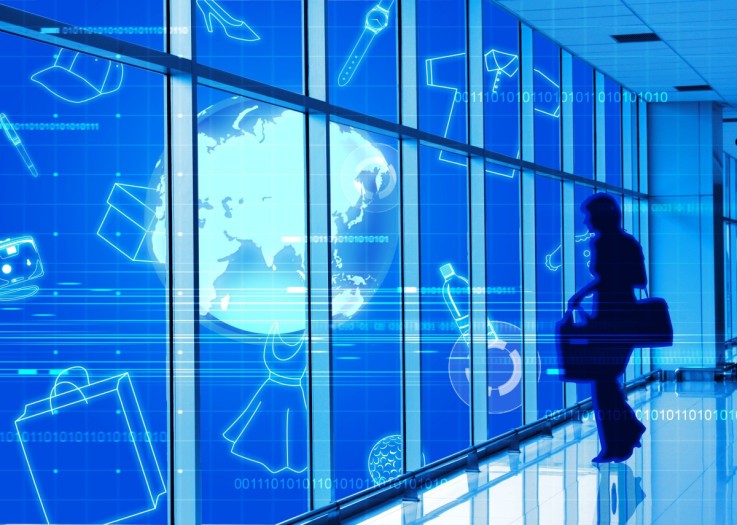 There are three key ways that retailers can earn customers’ trust. The first is by providing value to them through relevant and tailored offers and information. Not mass-mailing them about things that aren’t of interest. Not bombarding them with irrelevant advertising. Does the customer believe they are getting something of value in return for their information? If so, then they’re more likely to be happy to share it with retailers. If they’re getting the same experience as everyone else then where is the incentive to tell the retailer more about them?

The second is around how this data is going to be used and stored. Customers need to have confidence that retailers can safely and responsibly look after the data they have on them. There’s been enough reporting on high-level hackings of major companies for the public to know that there’s a real threat of their information being targeted. 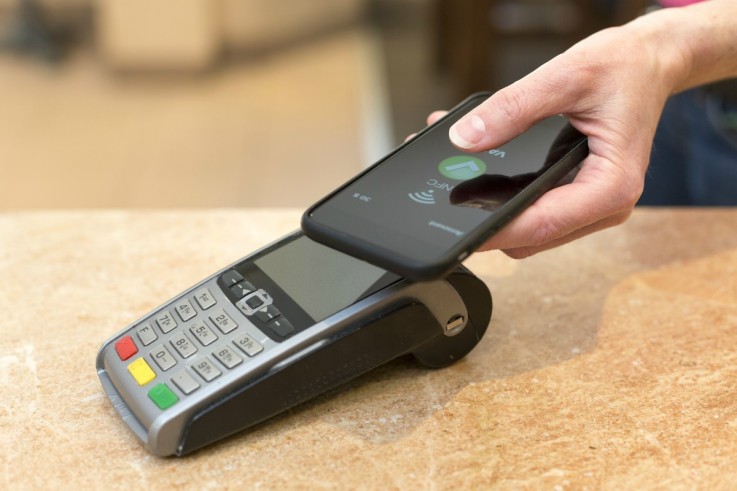 One way towards earning this trust is to provide customers with greater transparency about what is being collected and how it is being used. They want to know who is going to be able to access their data and if it is going to be shared with other companies. If a customer believes a retailer is too open or loose with their information they’re not going to want to share it with them. And it goes without saying that customer information storage systems should be of the highest quality.

The last is something every retailer should be doing as a matter of course – providing great service. If the customer consistently has a great experience with a brand or retailer they are going to trust them to keep delivering. They are also more likely to recommend them to others as a company that can be trusted. If their service offering isn’t up to scratch then customers won’t have confidence in shopping with them. If customers trust them they’ll be more open. 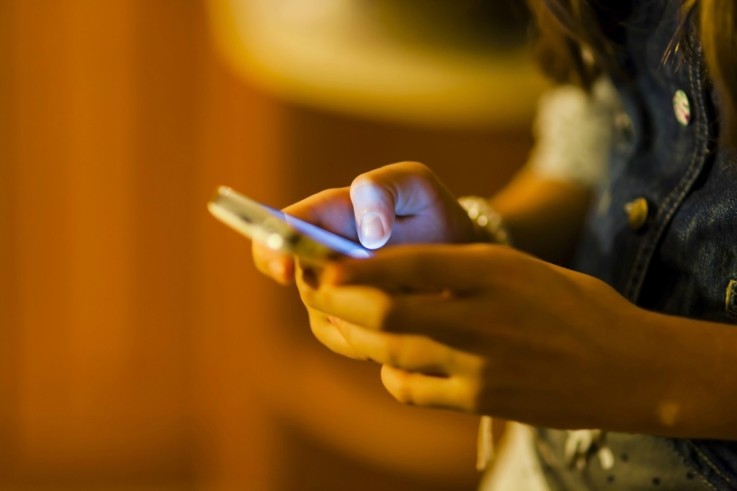 A conversation worth having

Whether retailers think privacy shielding fabrics will become more familiar in the future or not, the conversation about what they’d do if they did is worth having. If nothing else it forces them to really think about their data strategies, rather than implementing something lazy for the sake of it. It’s also important not to think of customer data as something that can just be harvested as wanted. By purchasing something, signing up to a loyalty card, or using a voucher, the customer is choosing to give retailers their data. And if they don’t trust them they can take that permission away. Put data blindly ahead of trust and find that out at your peril.

Are you the bad boyfriend or perfect husband of retailing? Find out here and be surprised.