7 innovative initiatives from the cutting edge of retail – May 2019 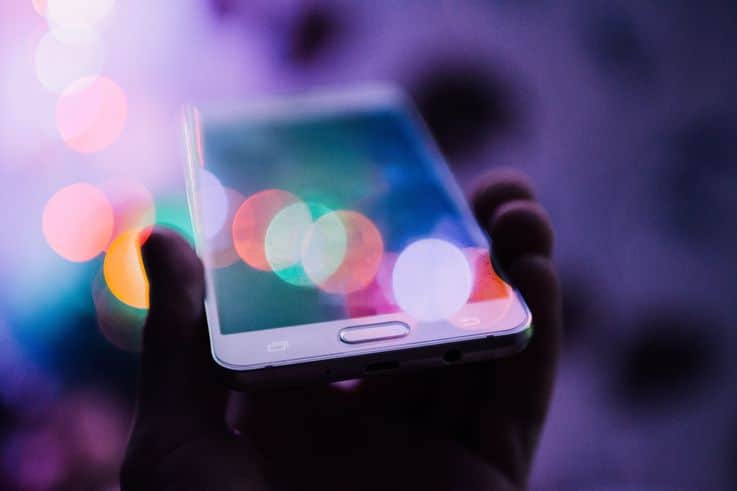 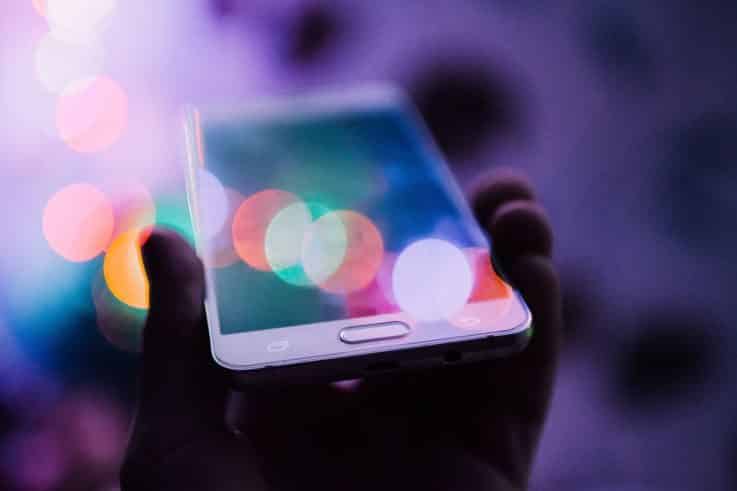 It’s time for our monthly dive into all of the new tech initiatives wowing the world of retail. From will-they-become-reality patents to behind-the-scenes moves to future-changing ideas, we’ve got it covered. So, sit back and prepare to be inspired as we look at how these tech ideas might change retail’s future. 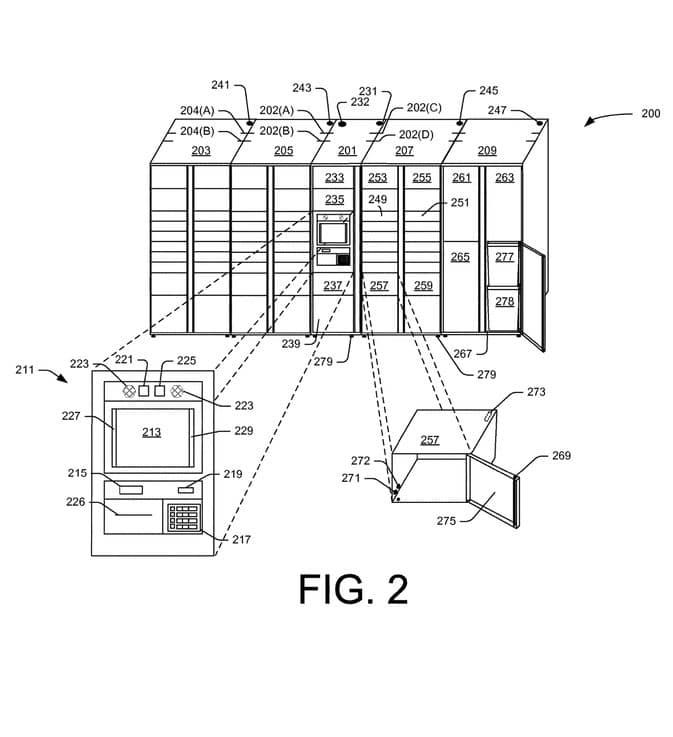 Amazon has filed a new patent around pick-up lockers. The ‘pre-order delivery of items to a pickup location’ patent contains all sorts of interesting nuggets around how Amazon might change up delivery in the future. This includes items not needing the usual brown packaging if they’re going into a pick-up locker and placing hot ticket items into lockers ahead of time so customers can collect on release day.

Where Amazon leads others often follow. When your retail business is built around your website it stands to reason that logistics and fulfilment of orders is always going to be a priority. Packaging is a big issue here and one that customers are increasingly pulling the company up on. If Amazon can make better use of pick-up lockers for delivering orders, then it could also reduce the amount of packaging needed. After all, if you’re not posting an item you don’t need to protect it in the same way.

Likewise, another frustration of online shopping is getting something on the day of release. Whereas going to a physical store means immediate gratification, online orders can end up delayed causing frustration. Amazon’s idea of placing those items in lockers ahead of time, and then sending customers the access information, could help it serve new releases and drops better. By making greater use of lockers Amazon will also save itself time and money as more deliveries will go to one place, instead of multiple customers addresses.

Abu Dhabi Media Company has teamed up with Sogou Inc to create an AI news anchor for its Abu Dhabi Media (ABM) channels. The anchor can speak both English and Arabic, including facial expressions.
The AI anchor uses industry-leading algorithms and advances in speech synthesis, image detection and deep learning to look and act in as lifelike a way as possible. ADM will use the tech to broadcast the news in a more efficient way, as well as possibly 24/7.

It sounds a bit crazy on the face of it, but in a world where we’ve already got AI influencers it’s not a complete surprise. And on some levels, it makes sense. In today’s always on world, we already have 24/7 rolling news channels. But endless content requires a lot of people to be involved – both in front of the camera and behind the scenes.

An AI news anchor could be used for out-of-regular hours announcements or updates when it might not be possible to scramble a human counterpart. Or it could work in conjunction with them if a human anchor was on the ground somewhere.

More than anything though it shows how good this tech is getting. It could well become a bigger part of our lives, including in retail. That might be AI store assistants or personal stylists, models and influencers, online content presenters or something else. One to watch. 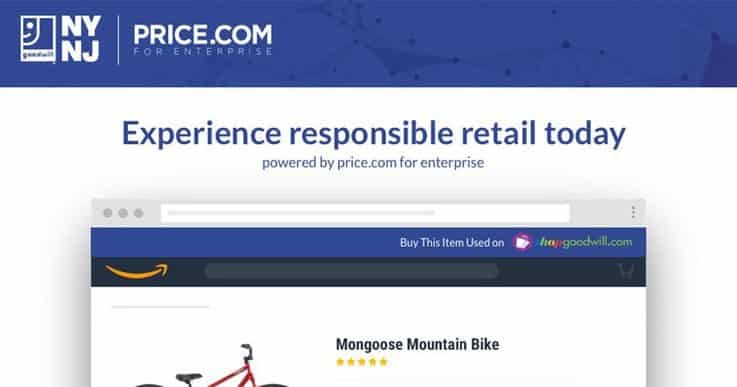 Charity shop company Goodwill has come up with an interesting way of driving sales to its site over Amazon or Walmart. In partnership with Price.com, the company has created a Chrome browser add-on which lets customers know if something they are looking at on Amazon or Jet.com is available from Goodwill as well. It could be anything from fashion to shoes to a bike or more. The extension then offers up a link that lets the customer buy from Goodwill instead.

This is very much a pilot at present with only Goodwill inventory in Greater New York and Northern New Jersey currently hooked up to it. It is an interesting idea though for swooping in and taking sales from bigger name brands. Especially given that many shoppers use Amazon almost like a retail version of Google to find products. These aren’t things they would necessarily even think to look for at Goodwill, but the add-on means the company still has a chance of grabbing the sale.

Could we see other retailers pulling a similar stunt? The thing about Goodwill is that its not-for-profit status might mean that the big names aren’t too threatened by it. It could be a different story is every retailer did the same.

The second-hand market is also booming at the moment which means more shoppers will be happy to choose to shop with Goodwill – and may even actively prefer to buy from there to lower their eco-impact. Expect to see the add-on rolled out further – more inventory means more matches and more sales.

This new RFID-based technology comes from the University of Michigan. IDAct wants to bridge the gap between the more than 14 billion smart devices that are currently part of the Internet of Things (IoT) and all the countless non-smart items we use every day.

Almost any object can have one of its battery-free RFID tags attached to it. Meanwhile, partner RFID readers can be integrated into common items like light bulbs. This combination means that the system can tell when a tagged object is moved, for example, but also when a person enters the space. This combination presents a clear understanding of what is happening at that time.

The IDAct tech is envisaged as being able to help with things like elderly care by tracking when pill bottles are picked up, if food has been cooked, how many times a glass has been used etc. But it also has major implications for retail.

The creators cited the example of a yoga mat that knows you’re starting your workout and so adjusts your lighting and music automatically. While IDAct’s tech is a tag that you stick to the mat, in the future you could easily build it in natively and sell it as a smart yoga mat. Likewise, retailers and brands could use RFID tags to make older products smart by selling them and any partner app/software as a package.

Retailers could even use the tech to experiment with smart products to see how customers interact with them and what is useful. Using the tags and applying them to products for testing would be cheaper than building the tech into the products and mean that the brand could refine the function before it rolled it out. 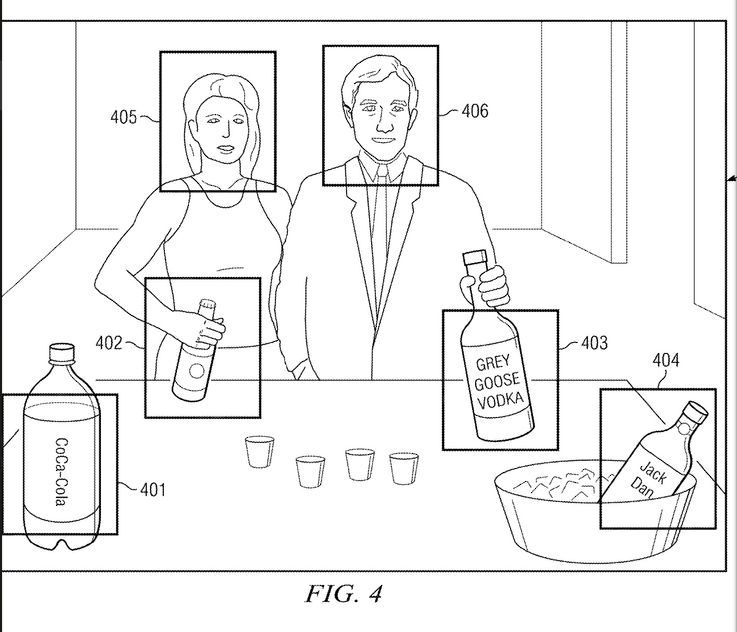 Facebook’s patent to use member photos for ads

Facebook was recently granted a new patent called ‘computer-vision content detection for sponsored stories’. The patent suggests that it would search Facebook users’ photos for identifiable products and brands. It would then tag the image and send it to the brand for use in a sponsored story or promotion.

The tech could also be used to identify products and where the users with them are based to build up a map of a brand’s popularity. This info would help with future ad targeting.

First up, privacy is a very real concern for a lot of social media users – especially in the case of Facebook. Therefore, if the company was to use this patent as envisaged (at present it’s just a patent and not in action) consent would need to be a big part of it.

There’s also a question around whether users should be compensated for any of their images that are used in ads. Facebook does touch on this in the patent suggesting that certain users could be paid to promote items.

What Facebook is trying to do with this tech is create more authentic adverts. It understands that we’re more engaged by adverts that feature real people, especially if it’s people we know and who we trust. It’s really an extension of the idea of you taking a photo of your new shoes and people asking where you got them because they love them. It’s a sense that you’re not being pictured with that product for money, but because it’s genuinely good. Something that all brands are interested in.

More than 140 top retailers and tech companies have banded together to create a set of common technical standards for 3D imagery with an eye to its use in augmented reality (AR) and virtual reality (VR). This includes the likes of Target, IKEA, Facebook, Google, Microsoft, Samsung, Adobe and Wayfair.

The move aims to improve the AR and VR experience for customers by creating more consistency. It is being led by the Khronos Group, a consortium working to advance 3D standards.

In-industry partnerships are always interesting. The fact that this particular initiative has been so well subscribed suggests that many see AR and VR as being key parts of the buying experience in the future. When it comes to tech though it’s easy for the general population to be put off by anything that seems too complicated or confusing.

That’s why this common standards push is important. It’s the industry recognising that to get shoppers onboard they need to make things as easy, and familiar, as possible. Don’t expect this to be the last partnership of this type – there’s plenty of other tech initiatives that could benefit from a similar approach. 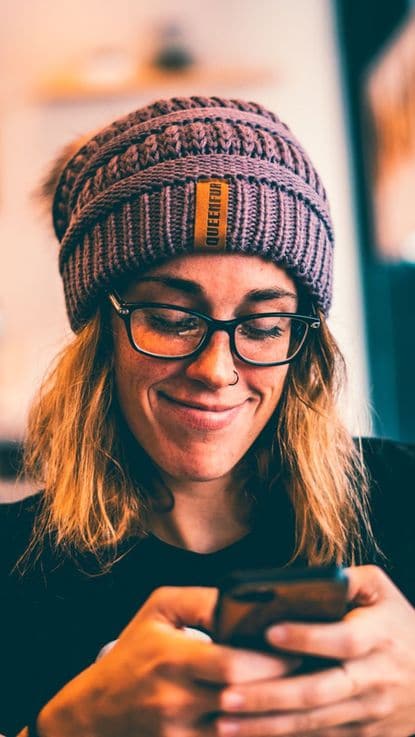 Imagine next time you’re shopping on your smartphone that your front camera is watching you and how you react to what you see. That’s the crux of NexTech’s new ‘sentiment-based’ tech which it has added to its Try-It-On AR platform.

Using AI from Microsoft Azure, the tech learns about different expressions to judge when it’s best to encourage you to buy. So, if what you see makes you smile that positive affirmation may prompt the tech to ask if you want to add it to your cart. If you frown, however, it might suggest another option.

AR is slowly but surely becoming part of the retail experience. We can now use the tech to try on clothes or test how furniture might look in our homes. But these buying journeys are generally self-guided by us, the shopper, and our smartphone or device. When shopping at home you don’t have a friendly store assistant in front of you responding to what you say and how you look.

This tech from NexTech wants to bring that to the AR shopping experience by using the front camera to see your reactions. It does sound a little creepy, and there are certainly going to be shoppers who want nothing to do with it, but it does open up a valuable extra line of insight for retailers.

On an individual shopper basis, analysing your expressions will allow the AI to make better product recommendations overall. It no longer only has your actual interactions (buttons presses, swipes, time on page) to go on, but how the product made you feel. Did you leave the page quickly because you didn’t like what you saw? Are you pausing before you buy because you love the product but are trying to convince yourself you don’t need it?

Bringing all of this data together can also give retailers better insights into how products perform overall – do customers generally like the same things? Are there any surprises in the reactions some get? There’s a lot that could be unpacked here, if customers go for it.

Is tech part of the success tactics of the US’ 10 fastest-growing retailers? Find out. Want to quickly and easily connect with the players kick-starting trends and inventing the future of retail? Find out how you can transform your team’s thinking using Insider Trends’ little black book here.