How physical retail is moving beyond the store 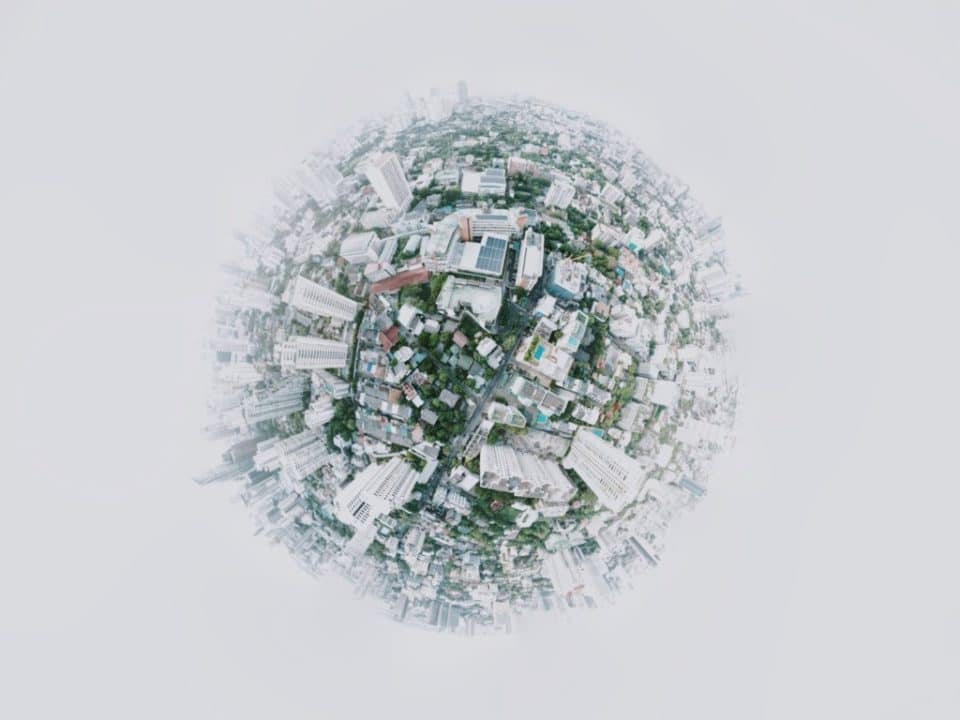 The store as we know it is on its way out. This is not our way of pointing out the rise in ecommerce and mcommerce and any other commerces. This is still about retail in the real-world, selling in physical places but not through your standard store. It may use a customer’s smartphone to deliver the transaction or it might be facilitated by a member of staff, but the way to buy is tied up in physical space. Because while the traditional idea of the store may be struggling, physical retailing is alive and well and full of possibility.

If you stop for a moment you’ll realise why this is such an amazing thing, revolutionary even. Because the world, the whole real world, is made up of physical space. Homes, offices, shops, hotels, music venues, sports stadiums – all the buildings – but also parks, car parks, gardens, streets, petrol stations… The world is a physical thing. Obvious right?

So if you take retail out of the store, but keep it in a physical environment, then (in theory) you can literally put it anywhere. If that hasn’t blown your mind already, here’s a handful of brands and ideas who have taken retail out into the world:

Let’s start with the big guns. Tommyland takes Tommy Hilfiger’s brand out of the store and slap-bang into the real world via a super cool Coachella-style extravaganza. This is shopping at a music festival, funfair and fashion show. It’s about stepping into a brand’s world, walking around, feeling it, soaking it in and being able to buy outfits you love via your phone.

Built around the ‘see now, buy now’ concept, during the runway show customers could use the specially developed 3D image recognition app to buy their favourite looks. There were also merch booths on the ground for people to buy the good old-fashioned way. For those who weren’t at the event Tommyland offered a shoppable livestream of the show.

We love how blow-out the whole concept is. Obviously, it’s an expensive set-up, but it marries experience and retail in a compelling way. It’s these types of experiences that customers don’t easily forget. 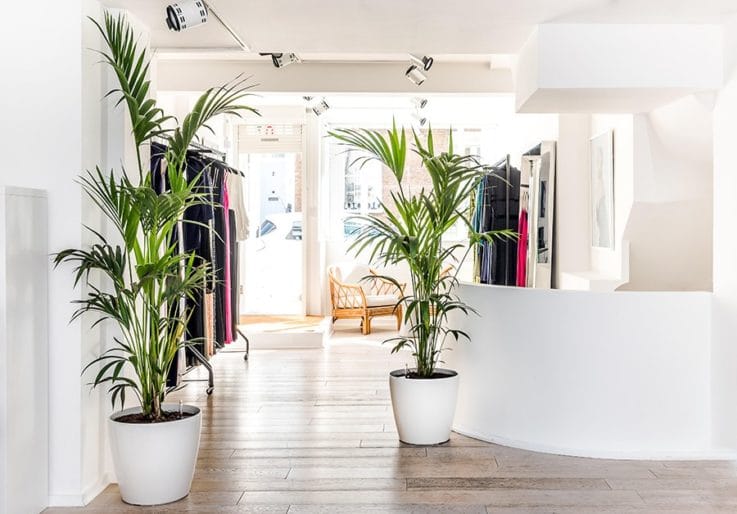 Last year Galvan opened a new brand concept in London called the Studio. On the face of it this is a traditional showroom-based retail offering even if it also incorporates a workshop, office, archive and more. But within the offered services is something that breaks the retailing out of that environment.

Customers can order items online which are then delivered to their home via a sales assistant. This means customers can get a complimentary fitting in their own home, the assistant can wait while they try the items on to see if they want them, they can bring a range of sizes for the customer to try. Customers are only charged for items that they want to keep. Galvan says there is no pressure to buy.

What we’ve got here is a series of high-end personal shopper services being delivered outside of the store. It puts retail slap-bang in the customer’s home. In many respects the Studio provides a base for assistants to coordinate these activities rather than somewhere you go to shop (although that is an option). We really like how Galvan has found ways to provide such a high-service to time-poor shoppers by bringing it to them.

One of the great things about retailing outside of the store is that it can help solve problems of reach and physical store locations. This was the driving force behind Honda’s creative way of solving the challenge of not having many dealerships in France. Known as Honda Next Door the campaign turned the garages of local Honda car owners and brand fans into pop-up dealerships.

Interested parties could register to visit the pop-ups, which were literally people’s garages with a bit of Honda signage. They could test drive the cars, talk to the enthusiastic car owner and be steered to where they could buy their own.

One, this is a really cool idea. Rather than salespeople Honda had the best possible people selling the cars – people who drive them, live with them day in and day out. It doesn’t get more authentic than that (although we’re sure the brand only worked with people who liked their car). But it also makes the brand feel a bit more accessible. It’s less intimidating to pop over to your neighbour’s house and chat about their car than walk into an all-singing-and-dancing showroom.

This is an idea that all sorts of brands could use to sell their products. If customers are happy to invite others into their homes, garages, cars, offices and lives so they can see what it’s like to live with a certain product then the scope for retailing outside the store has got a lot bigger. 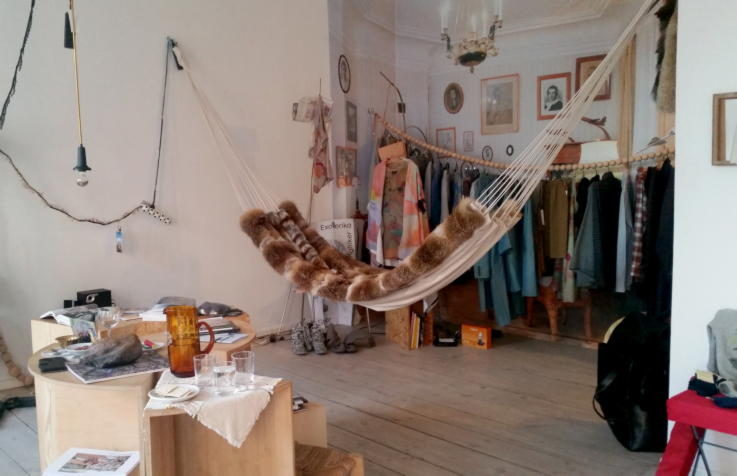 There’s a whole post in this phenomenon alone. In fact, we’ve already written it. A shoppable apartment is a showroom space which is set-up to mimic a real-life apartment. Customers can walk through the rooms, sit on the sofa, have a drink and imagine living there. They can then order any of the products they’ve seen to make that vision a reality in their own home. Some shoppable apartments let you buy everything from the furniture to the curtains to the magazines.

The proliferation of the trend means that some shoppable apartments are now little more than stores that look like apartments on the inside. But the best spaces like the super cool Bless Berlin and chic Apartment by the Line are actual apartments turned over to retail. Some like Bless are even coy about their location making customers work to visit.

The shoppable apartment is a fab way to bring customers closer to a brand. You’re not selling them one product but a lifestyle. They get a taste of a world that they’d like to achieve for themselves. It’s more natural than walking around a store. It’s also the starting point for a lot of this thinking about how you can retail in physical spaces outside the store. The shoppable apartment has given rise to the shoppable hotel room where brands either operate their own hotel space or kit out another company’s rooms. What’s next? 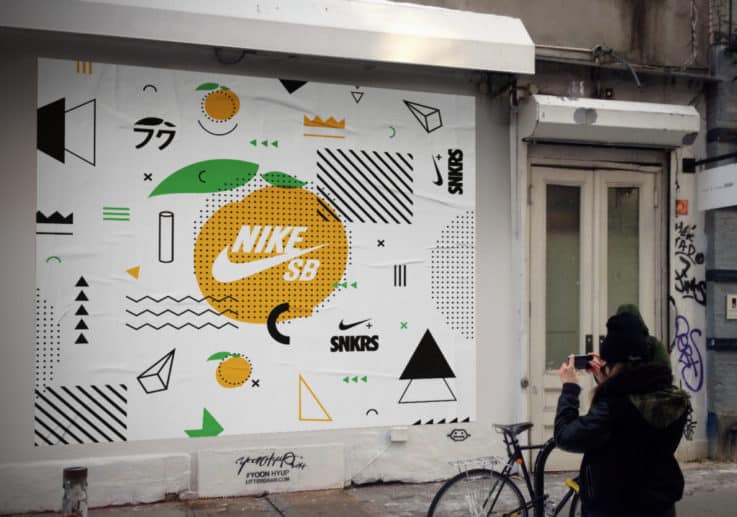 Technically you could say that the SNKRS idea is mcommerce because it relies on a smartphone. But it also relies on specific triggers which can be location-based or physical objects.

SNKRS is an app which gives customers a way to buy exclusive product drops. Over the years Nike has built in more of a gamification approach that requires fans to do something in order to unlock the chance to buy these products. This includes going to a specific location within a certain timeframe or using AR tech on a physical object like a poster or menu. It works a lot like a city-wide scavenger hunt with fans hunting down where they need to be.

It’s also fun. This is important because it’s one thing that physical retail can do well. Interaction, engagement, using people’s senses and emotions – it’s a lot harder, impossible even, for ecommerce to offer the same thing. The SNKRS idea lets us reimagine any object, location, place of local interest, as a point of sale. Mind blowing. 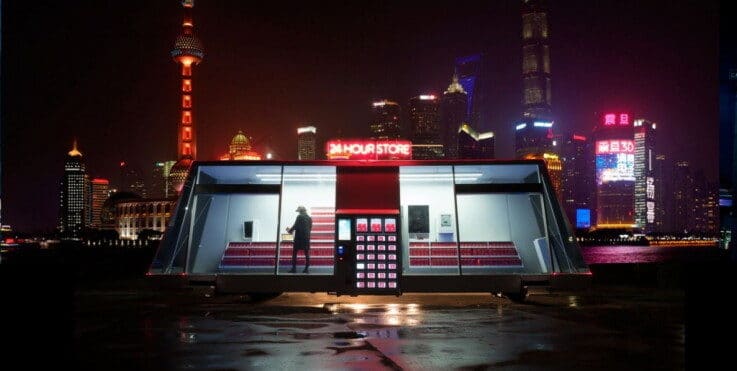 This idea is the store as not a store. These are small grocery stores on wheels which drive around and let customers shop wherever they are. Currently being beta tested in China, Moby Mart is the best-known example. It has an app which customers use to enter the store, scan the barcodes of what they want to buy and pay. There are no staff in the space, but the Mart is currently driven by people. The aim is that it will be self-driving in the future meaning customers can summon it when they want to buy something.

In the US Robomart is about to start testing its autonomous grocery store in California. Unlike Moby Mart customers don’t physically enter Robomart. Instead the doors slide open to reveals shelves that customers can grab goods off. A customer must use an accompanying app to request a Robomart and then RFID and computer vision tech tracks what they pick up and charges them accordingly.

So these are stores, but they’re not fixed retail stores. They are turning car parks, streets, parks and more into possible places to physically shop. That’s a really exciting opportunity. Retail that can turn up, sell and then pack up and move on is a great way of combating challenges of locations, rent, staffing and more. The ability for customers to get the vehicles to come to them in the long-term may also see more people buying spur-of-the-moment items from physical spaces rather than online. And let’s not forget that Moby Mart can act as a collection point for other items which could be a game-changing function. Forget your Amazon locker, the store can just drive your online delivery to you.

Now this is a cool idea. We’re all familiar, and probably semi-regular users, of car-based transport that is not our own – taxi’s, ride-sharing cars, minicabs etc. What Grab&Go do is stick a mini convenience store into those vehicles. On your way to an early morning flight and want some caffeine? Got a meeting and need some gum? Feeling sick and want some water?

Created by Singapore-based transport company Grab, the idea is currently restricted to its vehicles, but we see no reason why it couldn’t become the norm. If customers want to buy something from the box of goodies they whip out their smartphone, go to the website, type in the box’s number and select their items. The interesting thing is that rather than taking payment from their card the cost of the items is added to the fare and charged at the end. It does also mean that currently the idea works on the basis that the driver gives you your goods at the end of the ride.

Not so good for in-ride snacking, but there’s potential there. A model like Stockwell’s pantry boxes that uses a combination of app and camera tech could do it. We’ll have to see how this plays out and whether the idea gets much traction with customers. What it does show is how physical retail opportunities can be integrated everywhere. 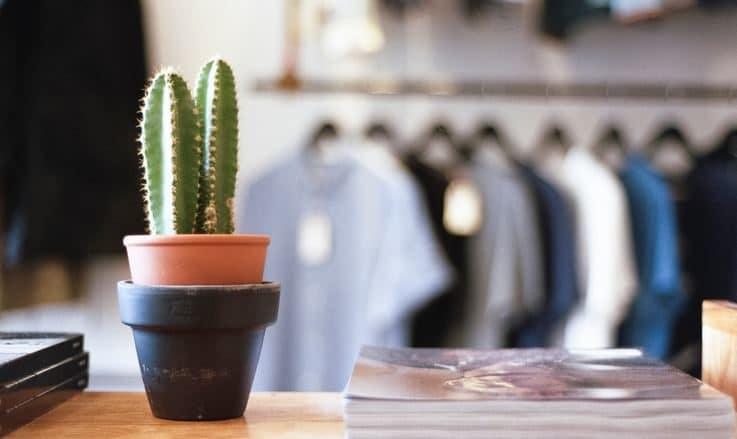 These examples are just the tip of the iceberg. They show how many creative ways brands have already found for interpreting the idea of physical retailing outside of the store environment. There will be more to come.

Physical retail has some clear advantages over other types of selling ranging from immediacy to experience to engagement. People like to have some physical involvement in the things that they buy. It’s why a lot of people would rather go to a supermarket and pick their own food than buy online and have it delivered. And physically engaging with a product and a brand increases our connection with it.

Physical retail is here to stay. It just might be leaving the store to do so.

Here’s 10 more reasons why physical retail matters. Find out more about the latest trends in retail by taking part in one of our Insider Trends retail safaris.