Hussein Chalayan on his new flagship store, brand values and the importance of offline space 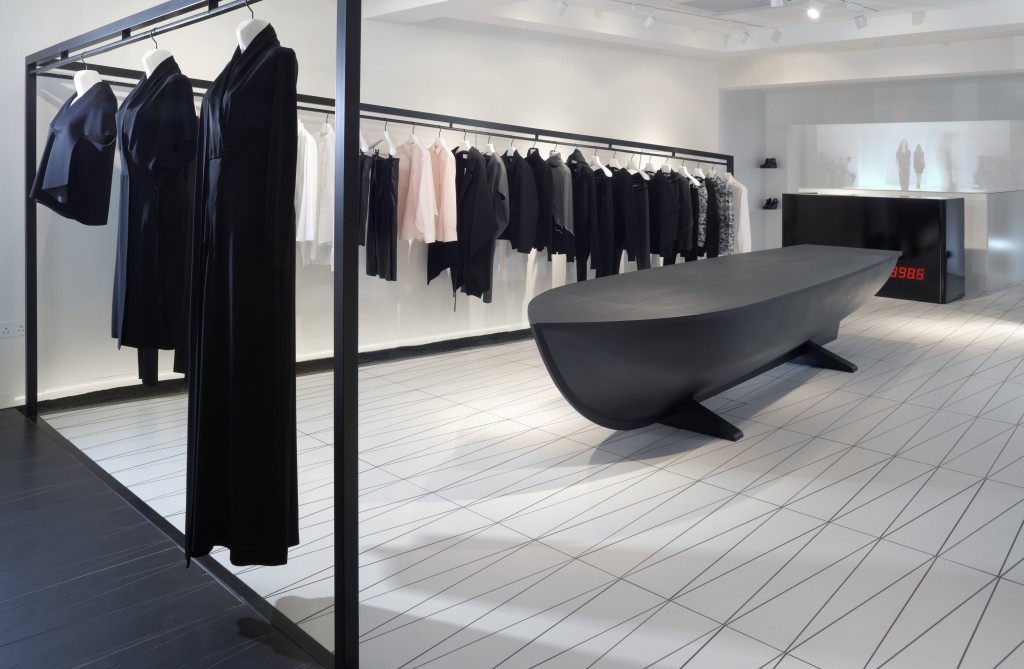 Chalayan is one of the most exciting and innovative contemporary luxury fashion brands. Since his Central Saint Martins graduation collection, which was buried with iron fillings in his garden to create an instant ar 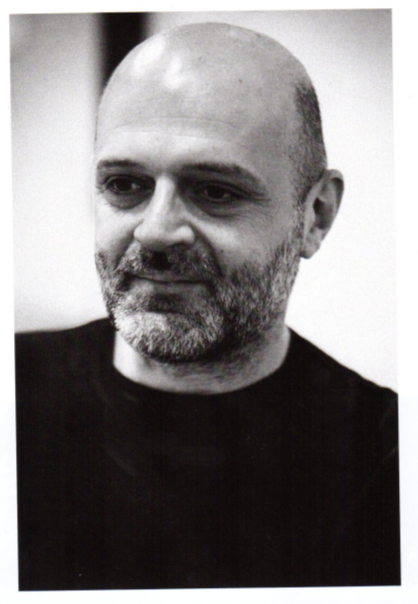 chaeological fashion site, Hussein Chalayan has been known for his theatrical use of technology and design. His Spring/Summer 2016 show featured a shower that dissolved clothes to reveal delicate garments beneath. He extends his creativity across the arts, with short films, a ballet at Sadler’s Wells, costume design and works displayed at major museums and galleries. Yet it is the quality of his clothes’ design that keeps him at the forefront of fashion. His elegant minimalism has earned him the British Designer of the Year accolade twice, and in 2006 he was awarded an MBE.

Most recently, Hussein Chalayan has opted to open his first flagship store in London. The space, designed in partnership with Zoe Smith of ZCD Architects, is subtle yet arresting. The simple black rails ensure the clothes are the focal point, yet the geometric lines create an optical illusion that can only really be experienced in person. We spoke to Hussein Chalayan and the store manager Stefania Daskalaki about the concept behind the space.

The true magic of the store design is hard to convey in photographs, it’s most effective in person. This is interesting as a concept for getting customers offline and into a bricks-and-mortar store, to invite them into a space that they can only fully experience in the real world. Why is it important for Chalayan to have an offline presence?

The important thing is the creation of an environment, a backdrop to the clothes. Runway shows are a designer’s platform to tell the story of their collection. Now our audience will have the opportunity to have a full cultural experience and see the clothes in an interesting setting where part of the inspiration is reflected in a show. Nothing will detract from the craftsmanship of the clothes which has always been the most important thing for me. Yes, we want to sell clothes, but we want it to be a space where people get to know our brand better. 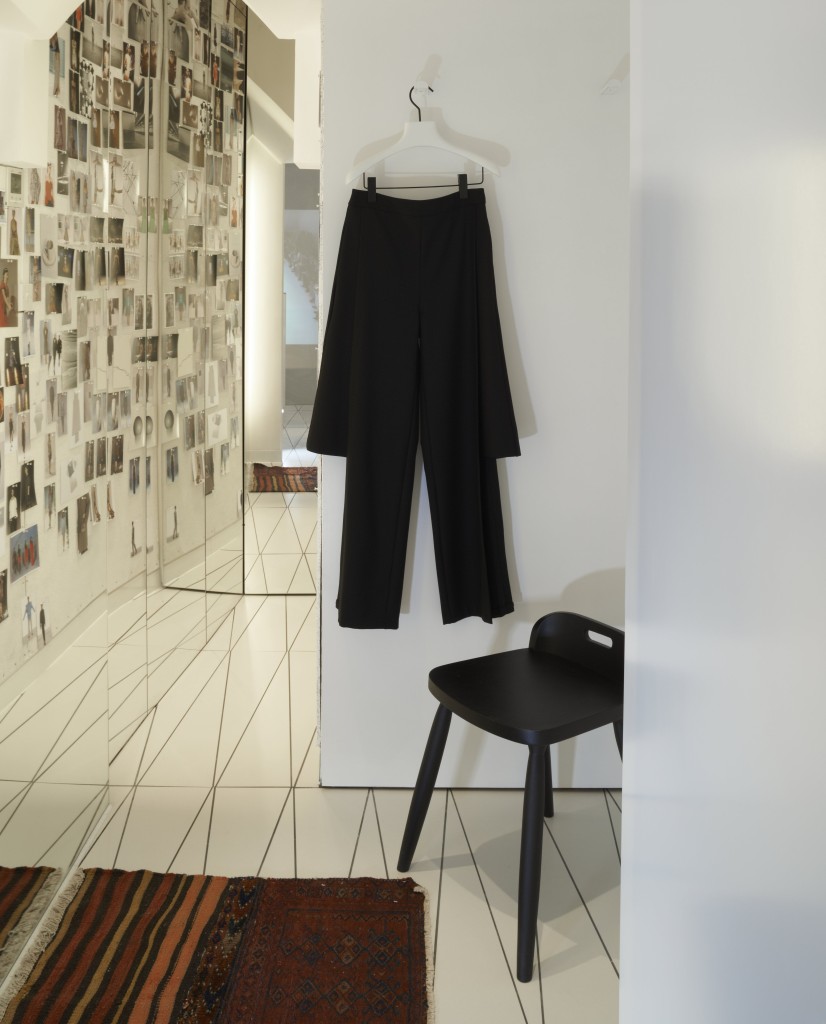 What are your aims with opening this store?

In addition to housing the women’s and men’s ready-to-wear lines, the space is designed not just as a retail store but also an event space. We want it to be a cultural hub, hosting exhibitions, screenings and the odd dinner – the boat will double up as a table. We want our space to be inviting – for people to walk in and feel relaxed. It has always been a dream to have a store in Mayfair.

Why was London, and particularly Bourdon Street, the place for the flagship Chalayan store?

We are thrilled to open our first flagship store in London, for me the most important metropole in the world, where I grew up and to which I owe my development as a designer. Bourdon Street is an up and coming spot in a new art district within Mayfair; an exciting new home for us. We look forward to welcoming our clients, and all who are interested in discovering the Chalayan world, to a space which truly reflects our philosophy and ethos.

You are known for referencing architecture within your fashion work. What was the process like for designing this space?

I am an artist and a designer, if you want to categorise me, but ultimately I am interested in ideas.  Fashion has allowed me to constantly explore design and test boundaries and satiate my curiosity. Whether it be through designing a collection, staging a fashion show or an exhibition or film or architecture. 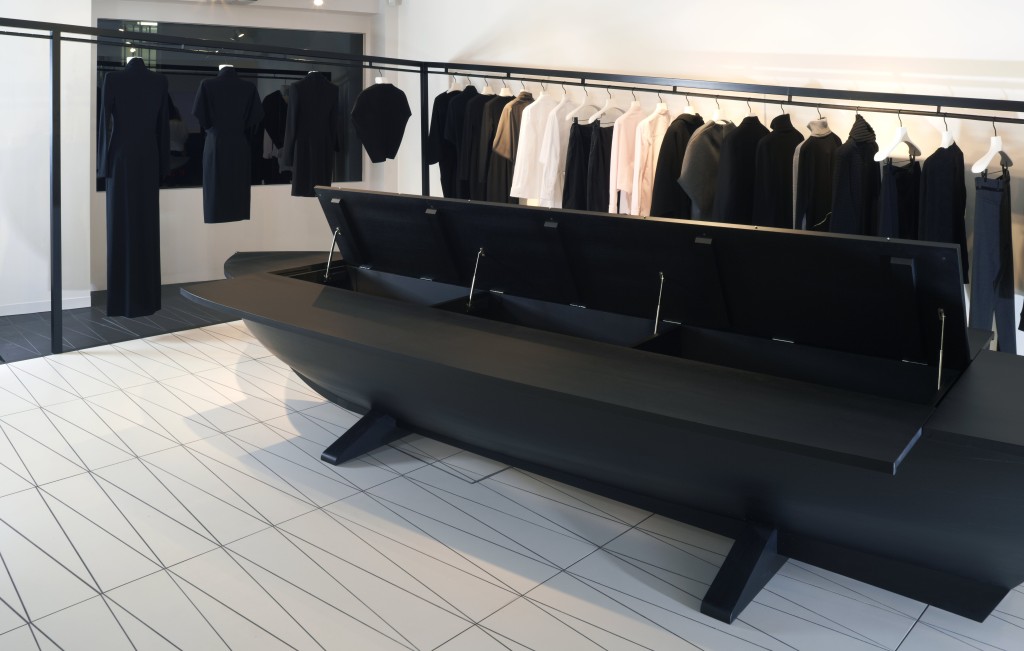 There seems to be an ocean theme within the space, with the central boat counter and the optical illusion created by the rails. When and why did this theme come into the design?

My home life in Cyprus growing up inspired the design of the store. The sea and travel has always fascinated me. The boat is a reference to the theme; it is also a contradiction to reality as here is very rigid and stable. The digital timer is a reminder of time continuously passing. It comes as a contrast to the stiffness of the boat. The black frame that follows the boutique’s inner walls is about creating a space within a space and a new perspective within an existing perspective. The strip of gravel that lies in between the rail and the wall is a reminder of the beach and sand.

The important thing is the creation of an environment, a backdrop, to the clothes, rather than over-designing the space. The spatial design cannot wrestle with the content (clothes and other objects) for importance. 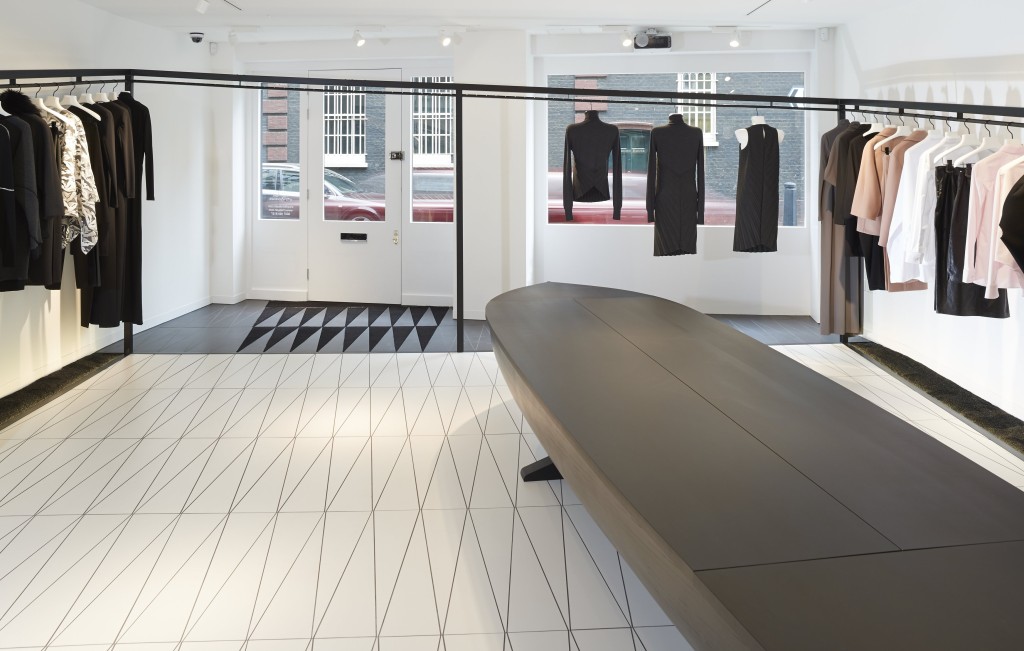 I was really interested in integrating technology with fashion as it hadn’t been done before and I found it really exciting. It still is, but my work these days is getting back to the clothes as sometimes the ideas overshadow the collections and at the end of the day we’re a clothing brand.

What lies ahead for the Chalayan brand? Are there plans to open more permanent stores?

The London boutique is only the beginning. Our plan is to open more stores worldwide, with New York first in the list and Tokyo.

Experience the best of London’s retail spaces with one of our Trend Tours. Find out more here.