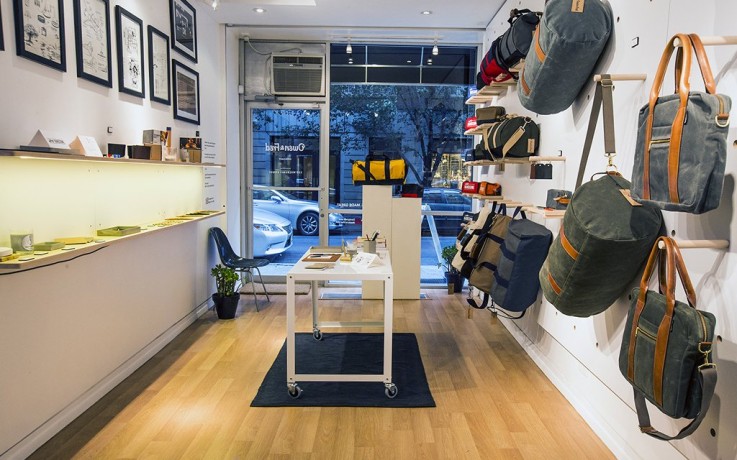 New York, New York – it’s that time again! This month has seen the grand opening of the World Trade Center Westfield shopping centre amongst a few other smaller venues. There are plenty more exciting openings coming up so stay tuned and keep an eye on our social media. 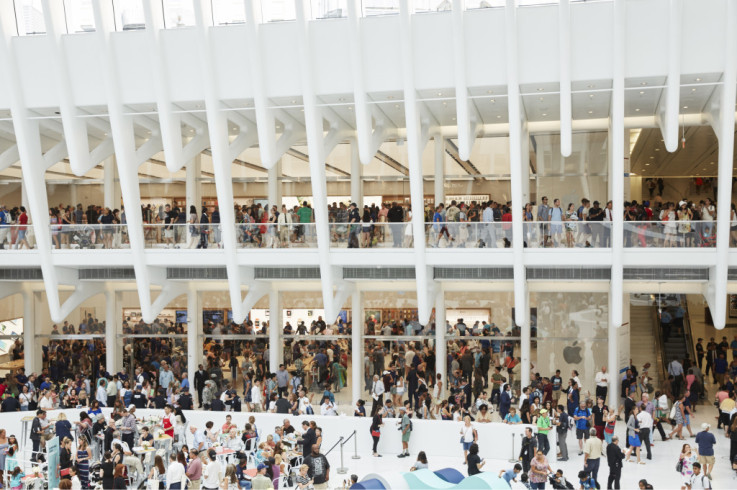 Along with removing the word ‘Store’ from ‘Apple Store’, Apple have just opened their 10th New York City store in the World Trade Center’s transportation hub alongside a brand new Westfield shopping centre. Drawing inspiration from the surrounding Santiago Calatrava-designed structure, the interior lines up with the transportation hub’s curved beams and futuristic design, creating a seamless finish.

Technology wise, the new store features a video display wall complete with a sitting area, the ‘Forum’, for customers to test out the products. The ‘Avenue’ is another wall feature which plays on the concept of window shopping and displays windows which change display each season and again features products that visitors can take out of the window and try for themselves. 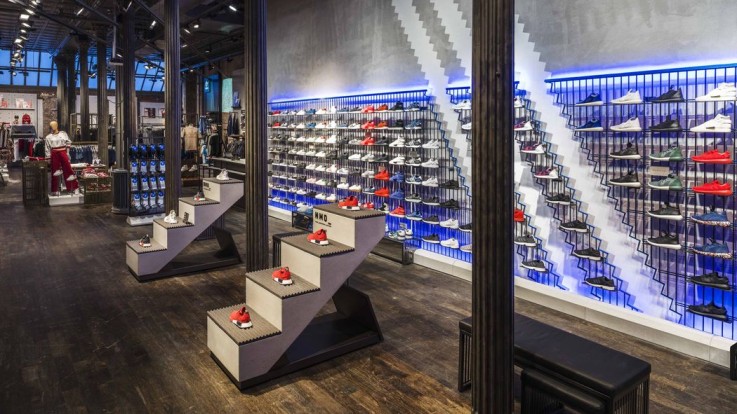 Adidas Originals have opened a brand new NYC flagship store in the SoHo neighbourhood designed to bring community spirit and the Adidas lifestyle to the forefront. The new space features a range of Adidas Originals products including limited edition products for men, women and children as well as designer collaborations and a NYC-specific colourway of some of the shoes.

The store will host regular events and installations in the aim of engaging streetwear fanatics and connecting music lovers and urbanites, starting with the launch of ZINE, the label’s online magazine experience showcasing their own personal creativity.

Having started out life as an e-commerce site, men’s design brand Owen & Fred have now opened the doors to their first NYC store in SoHo. After being named by GQ as the “Best of 2012”, the brand has sky-rocketed to success and after a few weeks of soft launch, the doors to the new boutique are now open. Apparently we’ve heard in the next few weeks that you can expect to see a flight simulator in-store, along with a 747 pilot on hand to help people “get off the ground” and of course make the urge for a Brooklyn-made passport cover really quite plausible.

Designed to attract ‘patrons of music, fashion and art’, we’re not sure if new store The VNYL is restaurant or retail space first. With an interior design approach of the 1970s cocktail era mixed with a rock ‘n’ roll spirit, the basement will feature a gentlemen’s lounge and the top floor will feature a champagne garden. While the whole approach relies on the record shop storefront to bring in the crowds, we’re sure that tourists will be drawn into the Hollywood glam ambience for a drink or two and we’re also sure that a couple of cocktails will help to secure some sales on exit.