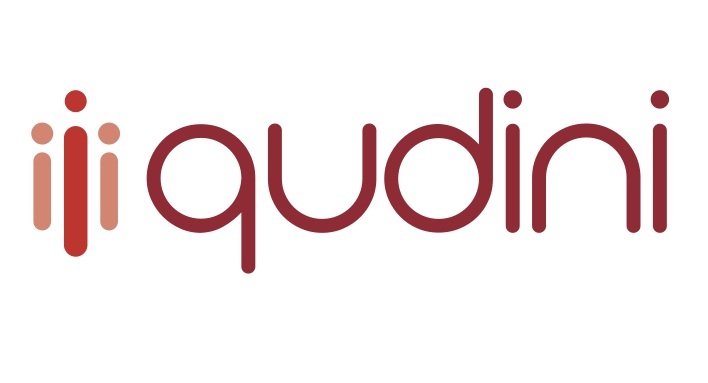 In the latest of our series of interviews with innovators in retail, we spoke to Imogen Wethered, CEO of Qudini, about her company and future retail trends.

How would you explain Qudini in a way my grandmother would understand?

It’s a queuing management system – a digital version of all those times you would take a paper ticket and wait to be called for service, whether in a deli or the doctors. It makes the waiting experience better for customers.

You’ve worked a lot with restaurants: how has that experience shaped your approach to retail?

Our aim is to be retail-focused from now on. The restaurant experience helped us improve, now we want to sign-up more retailers. There are many ways Qudini could help with managing customers coming in store for service. We can help in being able to give the customer a personalised and dedicated service, whether that’s scheduling something such as a bra fitting, or a personal shopping appointment for example, or being able to have a chat about your mortgage at the bank.

We’re about using people. Some retailers using tech have depersonalised the conversation with customers but the use of people powered by technology is incredible – it’s not to be undermined. 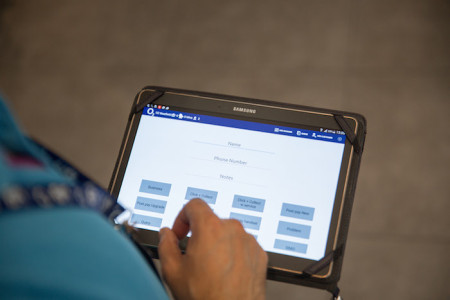 How did your idea for Qudini develop?

I met my co-founder at a hackathon sponsored by 02. We were looking at ways mobile technology could solve problems for consumers and we decided to look at the problem of queuing. We ended up winning the hackathon and from there won a place at the Wayra Academy. We went in at the very early stages of our idea and left after nine months but our acceleration was huge during that time. When we started three years ago, these more bespoke initiatives were just getting off the ground, but now they are more and more part of the retail experience.

Tell us about how 02 has used Qudini.

The roll-out with 02 has been amazing. They’ve introduce concierge figures into the store: customers can check in with them and get an idea of how long it will be before they are seen, then are able to go away, receiving a notification on their phone for their appointment. It makes it much better for the customers, but it’s also much simpler for the staff to use, previously they just had no idea of how long customers would have to wait.

Stores have shown a 15% significant reduction in customers walking-out, which is great. It’s such a competitive business it’s really easy for customers to go elsewhere. You can watch our case study to see more about how it’s worked.

You also mentioned House of Fraser. How has Qudini been employed there?

For House of Fraser we developed a slightly different use which we hadn’t considered before – and which hadn’t been done before – which was for their Buy and Collect service. Customers arriving in store could check-in from either a self-service iPad-kiosk or staff handheld-tablet in store, so that they can browse the store until texted to be notified their order was ready. Staff with portable tablets would process their orders.

We trialled the service in their London City store, with great results: customer queuing time has reduced by 60%. Customers were happier and staff were more productive. We were thrilled when they said they would be rolling it out to more stores.

You’ve mentioned some of this in passing, but how do you measure the success of Qudini?

Our initial approach was very customer led – we wanted to make the waiting process better. We can measure this through satisfaction reports and in a reduction of walk outs. We get quite a lot of people commented on the system itself, so we know it’s been noticed and is making a difference.

A happy by-product has been that it’s increased staff efficiency – in House of Fraser productivity doubled – and therefore made waiting times shorter.

Congratulations on being one of the finalists in JLAB (a programme from John Lewis designed to fast track the growth of start-ups. What do you hope Qudini gains from that experience?

We’ll be in the vicinity as those running the stores. It will give us great access to their ideas and how they help customer experience, hopefully helping us to grow further and build our network. And it’s undeniably prestigious. The PR around it has been amazing. 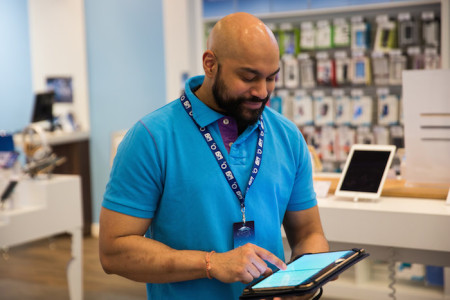 And, aside from that, what’s next for you?

We’re working with 02 to use their wifi network, which is very exciting. We should be able to know as soon as someone has arrived in store, without the checking-in process, and it means it should open up more meaningful conversation between the customer and the staff, whether about the customer’s past purchases or their needs. There’s still a bit of a customer block with this, but it will have definite advantages compared to iBeacons, where you need an app that needs to be switched on to make it work.

What kind of people would you like Qudini to work with?

There is a huge scope for using the technology, from fashion retailers with personal shoppers to banks to grocery shops. Take something like a DIY shop where it’s hard to have a personal experience in the mass of large products. You could have kiosks instore saying, for example, “do you want to discuss these mattresses with a member of staff?”, and use the tech to call the staff over when needed, making them more mobile and responsive. We also want to gameify it a bit for the staff, and see how it can help their experience too.

And finally, who do you think is doing interesting thing in retail at the moment?

I love the Lush stores. They’ve really changed from the days when it just used to be rows of soap. You now go in and you can see the themes, it’s really experimental, I love that.

And in general, I love developments such as being able to augment reality so you can, for example, see how furniture might look in your flat. Anything that can connect the digital and physical experiences definitely appeals to me.

All pictures courtesy of Qudini.