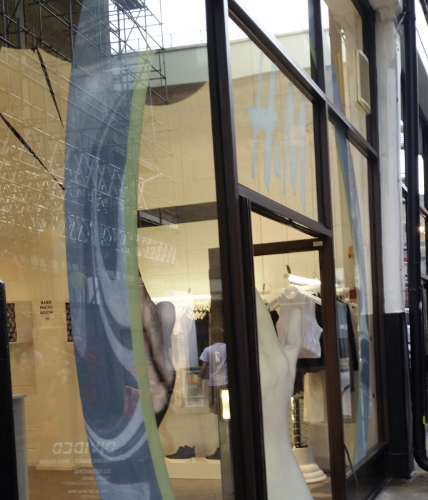 Only on Friday we featured the new Ted Baker & Moore store, and mentioned how chain stores are moving in on Shoreditch. Hot on their heels, H&M have decided to open on Brick Lane – but only as a 6 week pop-up. We headed over to take a look.

Gone is the trademark red colour of Hennes & Mauritz’s initials. For this pop-up store, they’ve decided to go a transparent white for the letters. This mild but effective change gives a more independent look from the outside. However, there are more changes to this store than meets the eye. In fact this change can hardly be missed. You see almost all the clothes inside are black – styled to be hip and almost alternative, an edited selection for the Brick Lane shoppers. 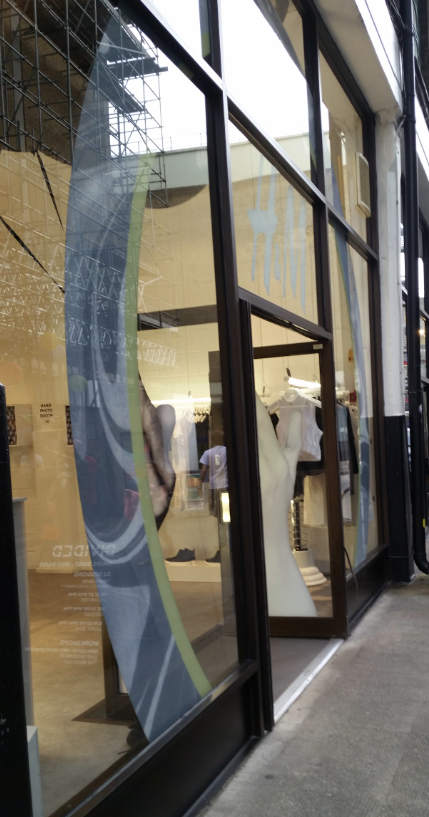 Brick Lane H&M intends to be unique and niche. Featuring clothes from their Divided selection of clothes, the pop-up also promises a range of entertainment. Lock-ins, body art and DJs are some of the interesting additions promised by this H&M – however at the time of my visit, there was hardly anything that stood out. Apart from a Gumball machine and a hair braiding service, for the average shopper, this appeared to be just a typical H&M – albeit with less to choose from. Nevertheless, perhaps the point is that it’ll come alive in the evening instead, with its roster of entertainment.

We were slightly disappointed in our visit – although it looked different from the average H&M store, it seemed to lack the visual wow offered by somewhere such as the Ted Baker & Moore store. And, given its location, there are plenty more interesting retail spaces and events competing for shopper’s attentions. Still, the opening of this smaller stand-alone store is interesting in itself – does it signify a bigger shift in direction for the retail giant?

Have you visited the H&M Brick Lane pop-up? What do you think? And, for the best of London’s retail, join us on one of our Trend Tours.