How the retail industry changed the concept store 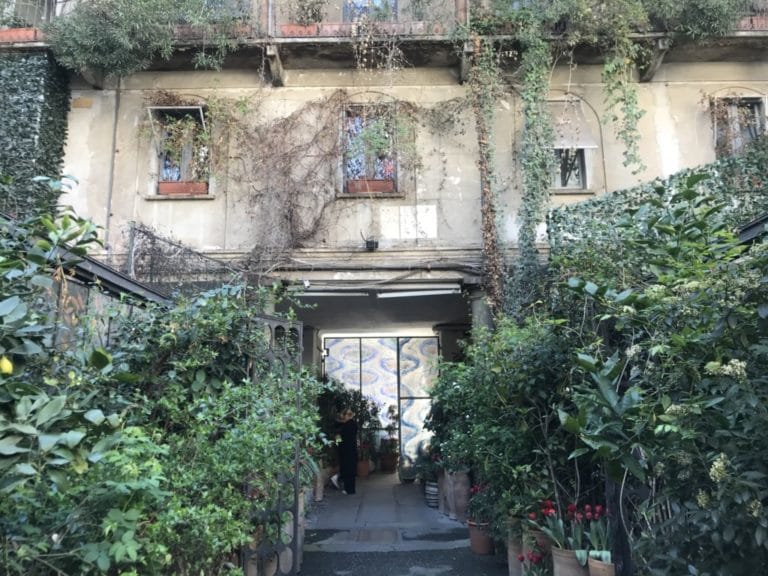 Concept store. You can’t move now for new store openings that are described using those two words. Retailers have whole-heartedly embraced the concept of the concept store it seems.

Except they haven’t. Or at least not what the concept store was originally conceived as. Instead the concept store of today’s retail industry means something entirely different. The term has been hijacked and it doesn’t look like it’s going to be given back. 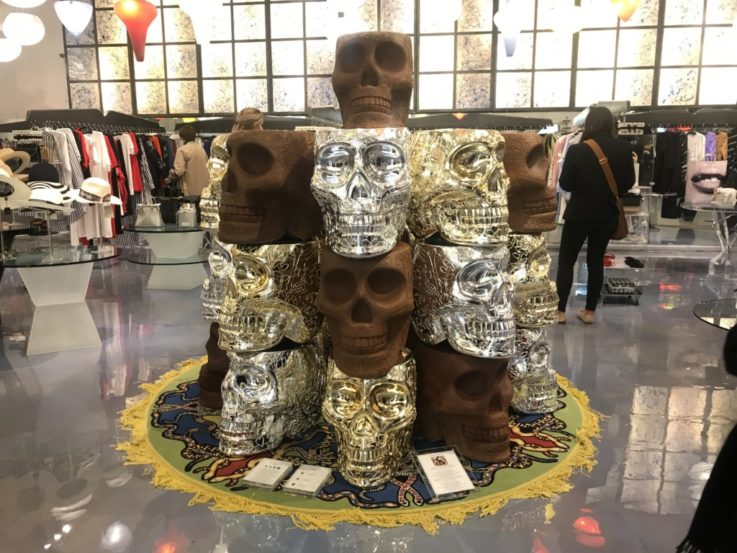 What is a concept store then?

The traditional concept store is a shop that sells a carefully curated selection of products that connect to an overarching theme, philosophy or lifestyle. They’re inspirational spaces – both in terms of being places to discover new products and places where you can buy into an aspirational lifestyle.

Most concept stores have a certain target audience and handpick the products on sale from multiple brands and designers based on what might appeal. They also tend to sell all sorts of different lines from fashion to homeware, so that customers can adopt the lifestyle in an all-encompassing way (or just one element).

One of the mainstays of the concept store movement is Milan’s 10 Corso Como. The space is envisaged as a ‘3D magazine’ with café, roof garden, homewares, art, fashion, books and more to explore. The now Macy’s-owned Story is another magazine-style concept which constantly rotates the products on offer. Merci in Paris and Barber & Parlour in London can also be described as concept stores. And of course, there are many, many more examples out there. 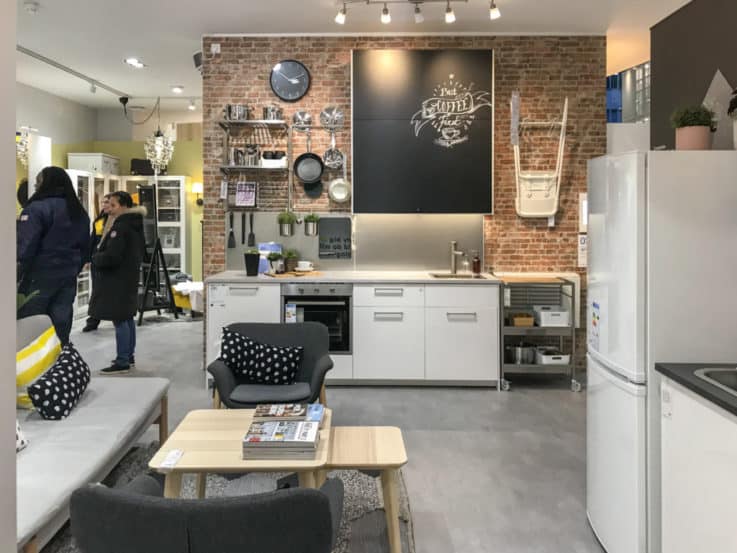 What is it now?

So, what’s changed? Most of the time when retailers now talk about opening a concept store, what they mean is a new retail concept for their brand. It’s not the concept store as a multi-brand temple to a certain way of living. It’s a new way of doing things for them.

One recent example is IKEA’s small-format city centre stores. Starting with London, and now also in Paris and New York, they are very different beasts to IKEA’s typical supersize spaces. Conceived as a way of getting into key city centres, these Planning Studios forgo the usual masses of products to focus on services that can be delivered from a smaller footprint.

Customers can go to these spaces to meet with an IKEA expert and plan their perfect kitchen, bathroom or bedroom. Once they know what they want they can place an order for delivery to their home. It’s a great concept that allows IKEA to open more spaces but without the huge commitment of its traditional warehouses. 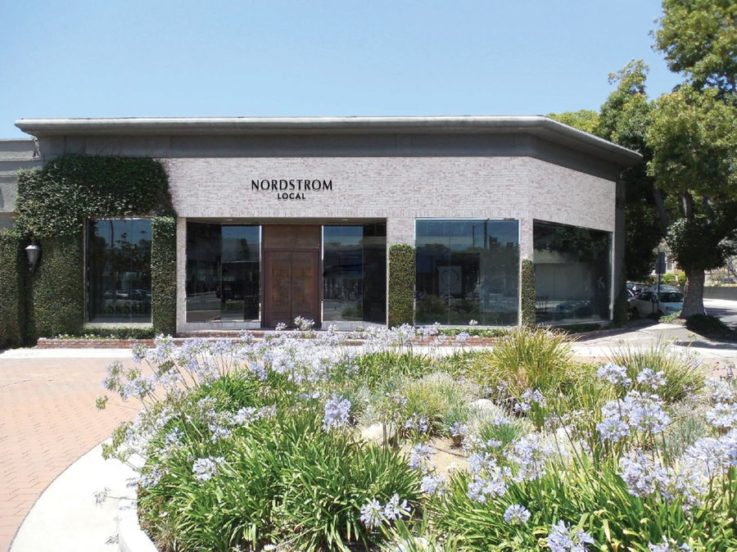 Likewise, Nordstrom has seen great success with its own small-format concept – Nordstrom Local. Created to act as a ‘neighbourhood hub’, Nordstrom Local spaces carry no inventory. Instead customers can access personal stylists to get personalised wardrobe suggestions. Products can then be ordered for delivery to the store where they are put into a fitting room ready for customers to try. Customers can also enjoy other services like manicures, tailoring and even a bar. It’s a concept aimed at the time-poor – whether they just want somewhere to pick up and drop-off products, or a place where they can combine their shopping and their beauty needs.

A new retail concept doesn’t have to be small-scale though. You could certainly say that Nike’s huge Soho space in New York was a new concept for the brand with its half-size basketball court, test treadmills, soccer trial zones and greater array of services.

Nike continue to experiment with concept stores from the locally-minded Nike by Melrose space to its immersive Houses of Innovation. Some of these act as testbeds for ideas that can then be applied in other Nike spaces; some offer things you can’t get elsewhere. At present though they’re not the sort of concepts you’ll see everywhere. 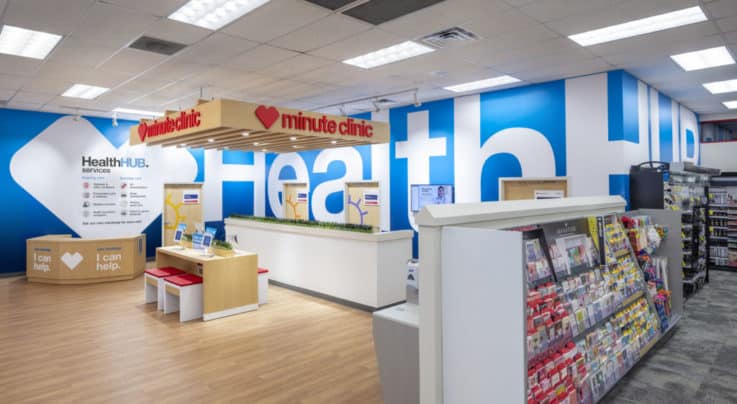 Why are retailers going all in on the concept store?

The new wave of concept store is often an experiment. It’s a space that stands out among the rest of the brand’s retail portfolio. For many, these new retail concepts are a response to external pressures from customer habits to online shopping. The way we buy has changed and this means the store has to change as well.

What today’s concept stores do is give retailers freedom to try out new ideas, or in some cases, reinvent the perception of the brand. They can be more interesting or useful than a traditional store might be. The design can be more flexible with the ability to move things around more frequently.

CVS’ new HealthHUB spaces in Houston are one example. This new concept sees more of the shop floor given over to services than products. Part of the stores are used for classes and health treatments, with customers also able to access professionals like dieticians and nurse practitioners. The HealthHUB’s have also adopted a ‘care concierge’ to help direct customers enquiries.

The new approach moves the focus away from retail sales which are under pressure from online retailers. Instead, the HealthHUB is about hands-on care and support, as well as pharmacy related sales. It’s a change in approach for CVS but that’s exactly what the concept store is now about.

There’s also a lot of value in these experimental new concepts. Retailers can use them to judge customer responses to new ideas and services before they roll them out across the wider chain. Successful store concepts can be adopted more widely wholesale, or specific elements can be put into the brand’s other stores like Tiffany’s new fragrance vending machines.

If something doesn’t hit the mark, then it’s not crippling for the brand in terms of lost investment. With many retailers still holding back from innovation because of beliefs about cost and time needed, the new concept store shows that you can test a minimum viable product and go from there. It’s easier to keep adapting and improving one space as you learn than a whole chain. 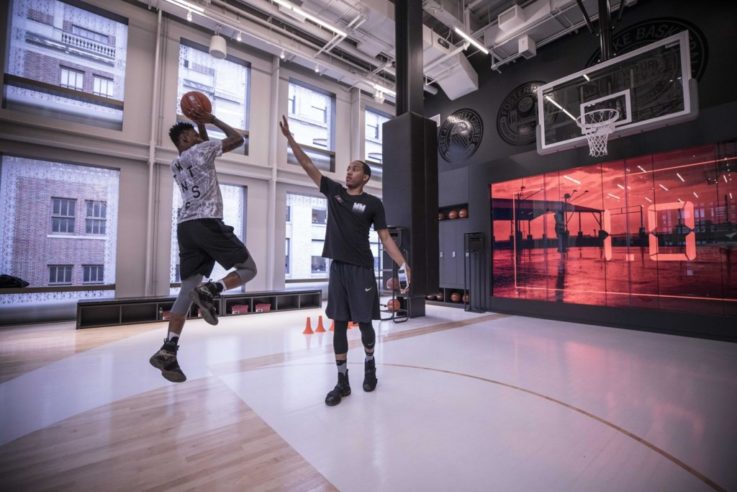 What does the future of the concept store look like?

Evolution is a natural part of life. For the concept store this change of usage is likely to stick thanks to the efforts of the retail industry. In 2019 alone we’ve seen new retail concepts from Walmart, Celine, Carrefour, Tiffany, H&M, Dunkin’, Belstaff and countless others.

There’s sure to be more to come. New retail concepts have become a key part of the industry as every retailer works to conceive a physical model that appeals to today’s customer. Be prepared to see and hear the words ‘concept store’ in new store opening conversations more and more. And to know that it means a new approach by that brand.

Of course, if the meaning of concept store has changed forever, then that means those traditional spaces need a new term of their own. Lifestyle store is one major contender. Although, given the way stores are going, the retail industry might just procure that one as well.

Check out 50 of our favourite traditional concept stores from around the world for more inspiration. Plus, find out more about the latest trends in retail, and visit new retail concepts, by taking part in one of our Insider Trends retail safaris.